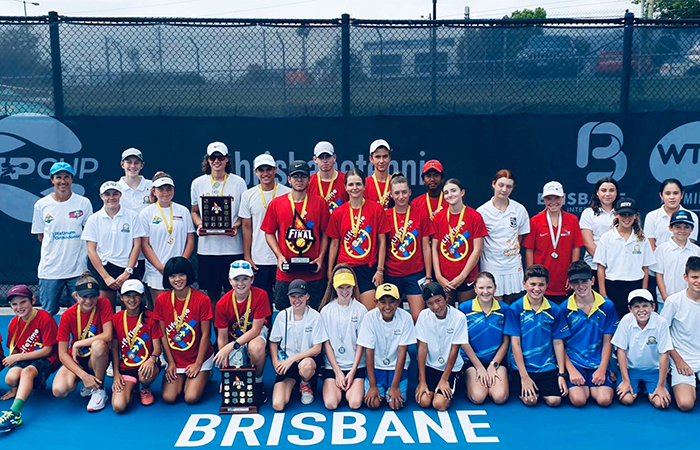 Club and school teams from across Queensland battled for supremacy in the Queensland State League Finals during Brisbane Tennis.

“A huge congratulations to all the winners, who played great tennis over many, many matches during the year to even be in the finals, and then prevail,” he said.

“Congratulations also to all those who made the finals – that’s no mean feat.”

“The atmosphere of club tennis, and playing in a team, is one of the great joys of tennis and what a perfect week to celebrate it!”

Winners were presented with their trophies in front of friends and family at the Queensland Tennis Centre and each received tickets to watch the day’s play on Pat Rafter Arena.