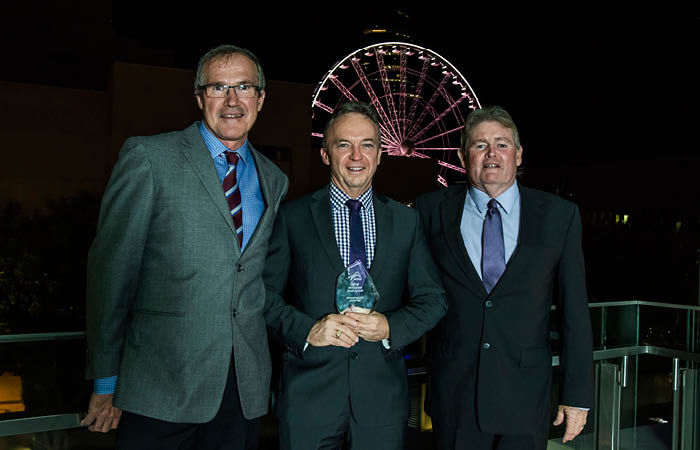 Tennis Townsville can now officially lay claim to being the best tennis club in Queensland, after taking out Club of the Year at the Queensland Tennis Awards held at the Brisbane Convention and Exhibition Centre on Saturday 29 October.

2016 has seen Tennis Townsville continue to go from strength to strength with a surge in numbers among members and tournament entries in the past 12 months to this year. More than 900 people were registered at the club at the end of 2015 – a 200 player increase on the same time the previous year. The club’s tournaments – the North Queensland Open and Junior Championships – also attracted an extra 50 players, with feedback from those who entered rating them as ‘excellent’.

This year also marked the end of a 5-year upgrade for the club – which included the redevelopment of four courts that were damaged during cyclone Yasi in 2011, the construction of three new courts, extra seating, and an upgraded club house. All up – the club spent almost $1-million improving facilities. Tennis Townsville has a strong focus on transitioning players from ANZ Hot Shots leagues to more regular competitions and fixtures and also makes sure it has a presence at community days across Townsville, attracting new members to the club whenever it can. Tennis Tonwsville is leading the state in driving participation and getting more people outside and on the tennis court with a racquet in hand. A truly deserving winner and a club to watch in Queensland’s quest to develop the next Grand Slam champion out of our home state.

A total of  fifteen awards were recognised at Queensland’s night of nights for the sport which saw local coaches, communities, volunteers, tournaments and players all celebrated across the evening.

“The Queensland Tennis Awards are an important opportunity for us to recognize those who help shape the sport of tennis both on and off the court,” said Chief Executive Officer of Tennis Queensland, Geoff Quinlan.

“There are some outstanding contributions being made by clubs, coaches, players and officials across the state which aren’t going unnoticed. Tonight they receive the recognition they deserve in a room full of their mentors and peers.”

Most Outstanding Athlete with a Disability
Mitchell James