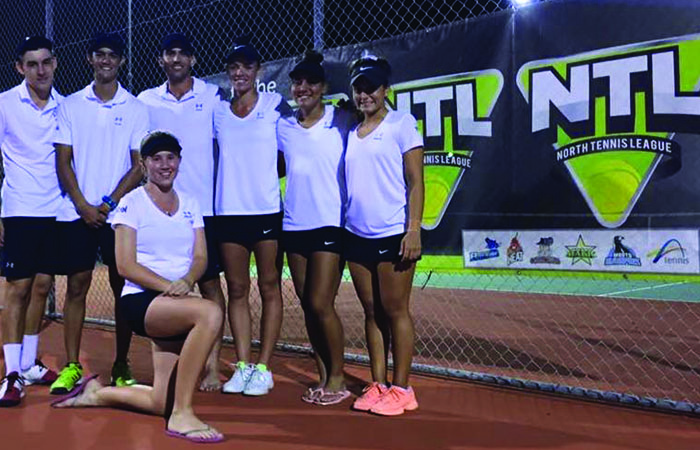 Ryan Schwab and Mikayla Zahirovic had solid performances on the night winning both of their singles matches and forming a successful partnership in the mixed doubles, giving the Magpies an early lead.

The Cavaliers didn’t go down without a fight with Vini Giufre playing an integral part getting all three rubbers on the board for the runners-up, including a win over the Magpies top player Brad Clews. Natalie Rogers fought vigilantly to keep the Cavaliers in the race but went down in a super tiebreak to Australian no.124 Taylor Douglas.

The Magpies will go on to represent the North in the State League Finals held during the Brisbane International against the winners from the other regional marquee leagues in Queensland.

In the play-off for third position the McGrath Tennis Townsville Thunder also defeated the Burdekin Barra’s seven rubbers to three.