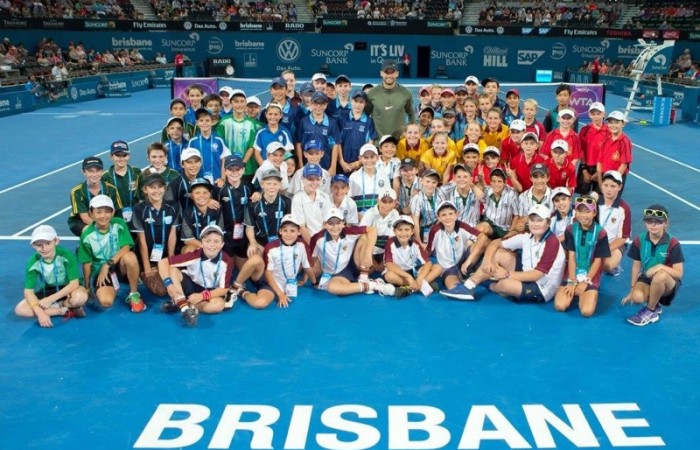 Entry forms for the primary and secondary school competitions have been released and entries are now open. Find the entry forms here:

The dates for the regional finals for this year’s state-wide school competitions have been announced. The Brisbane International Schools’ Challenge will again give primary school teams the chance to qualify for the State Final and rub shoulders with world’s best players at the Brisbane International 2017. The competition will be run in three different categories (red, orange and green ball) for players up to grade 3, 5 and 6 respectively in mixed teams of four players.

Secondary schools have a chance to enter teams into regional finals as well. The best teams of the Queensland Secondary School Team Tennis competition will qualify for the State Final in Rockhampton (September 15/16) to then battle it out for a spot at the National Finals. Each team consists of four to five boys or girls.

Entries will open end of May and close in July before the competition kicks off. The regional ties for all school competitions will be held in 13 school sport regions throughout the state as a 1-day-event during Term 3. See below the exact dates for your regions.

Find out more about the match format and rules of the competition: 2016 BISC Rules

Find out more about the match format and rules of the competition: 2016 QSSTT Rules