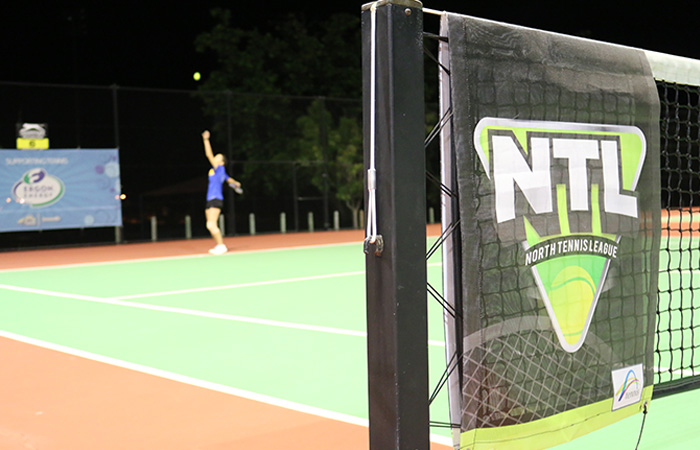 Teams will compete for a share of more than $6,000 in prizemoney, with the League Champions to battle it out against teams from across Queensland in the State League Finals at Brisbane International 2017.

Playing in front a home crowd the Cavaliers are looking to start the season strong with their first round match-up against McGrath Tennis Townsville Thunder a replay of last year’s final.

The Thunder proved they were a force to be reckoned with in 2015, finishing runner up in their NTL debut. Looking to improve on last year’s placing, the Thunder have consolidated their line-up with teammates Jarred Winterkorn, Lachlan Skinner, Lachlan Kern, Brendan Keune, Brad Matheson, Shalyn Vance and Paula Simpson all returning in 2016. The team’s experienced line up will also be bolstered by the addition of current top 100 Australian Ranked player Ivana Marinov.

The Cavaliers and Thunder will be joined by inaugural franchises Burdekin Barras, Mackay Magic, North West Heat and Wests Magpies.

Conference Director Marc Wittmann said the 2016 season was shaping up to be one of the best yet.

“Tennis fans can look forward to seeing plenty of exciting matches with some of North Queensland’s finest players all taking to the court at the one venue.

“The NTL provides a fun and exciting atmosphere for both players and spectators alike. With high quality tennis as well as off-court entertainment and tennis opportunities for people who are new to the sport. It’s a free and fun way for everyone to get in contact with the sport,” he said.

Watch all the NTL action as it gets underway on Saturday 5 March from 6pm at the Kalynda Chase Regional Tennis Centre, 57-73 Kalynda Parade, Bohle Plains, QLD.