Tennis legend Roy Emerson to be immortalised as a bronze statue 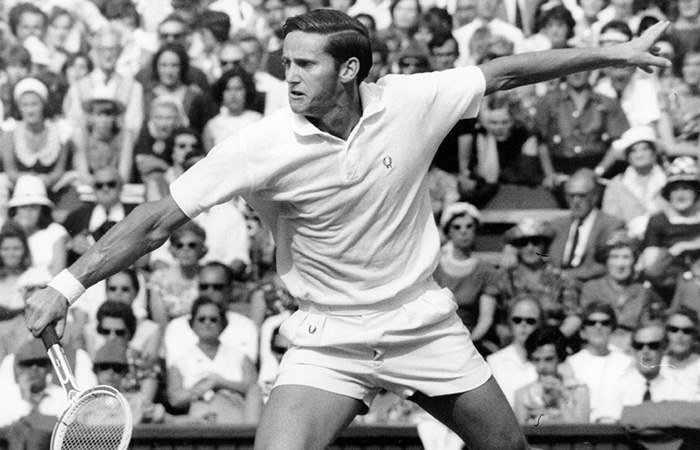 Australian tennis great Roy Emerson will be immortalised with a life-size bronze statue in his hometown of Blackbutt thanks to the efforts of Blackbutt and District Tourism and Heritage Association and the generosity of local communities and fans.

Current world No.1 Novak Djokovic (SRB) became only the second person to achieve such a feat winning the 2016 Australian Open title this January. Djokovic sent his best wishes to Emerson after his win and said he was extremely honoured to be mentioned alongside legends of our sport.

“It’s a great privilege to equal and match the record of six Australian Opens as of one of the greatest players to ever play this game,” said Djokovic.

The project to commemorate Emerson’s success was initiated by the Blackbutt & District Tourism and Heritage Association (BDTHA). With more than $37,000 already pledged towards the statue, sculptor Mark Snell from Lavaworx Art Studio will be given the go-ahead to begin construction.  With the assistance of Tennis Queensland, BDTHA have now set up a crowdfunding project to raise the remainder of funds required to complete the project.

The statue will be placed outside the recently re-named Roy Emerson Museum and will provide locals and tourists with an insight into this wonderfully talented tennis player, and his connection to a small town in Queensland.

“We believe we have an exclusive connection to the rest of the world in Roy Emerson and proudly want to share our tales and stories of his early days growing up in the Australian bush as well as showcasing his stellar career,” says BDTHA representative Hazel Christie-Small.

“Our recognition of Roy has revived interest in the game of tennis within our community and has seen the re-establishment of the Blackbutt Tennis Club, albeit in need of serious refurbishment and updating.”

Following the completion of this Roy Emerson dedication, the BDTHA along with the committee of the Blackbutt Tennis Club aim to begin rebuilding the tennis facilities at the club to accommodate for future Grand Slam champions, following in Roy’s footsteps.

“With this all in place we can, encourage, inspire and mentor young tennis players that they too, like Roy Emerson can enjoy the game and perhaps one day become champions themselves,” says Christie-Small.

If you’d like to make a donation of any amount towards the Emerson statue yourself, visit the Remembering Roy Emerson crowdfunding project via OzCrowd.