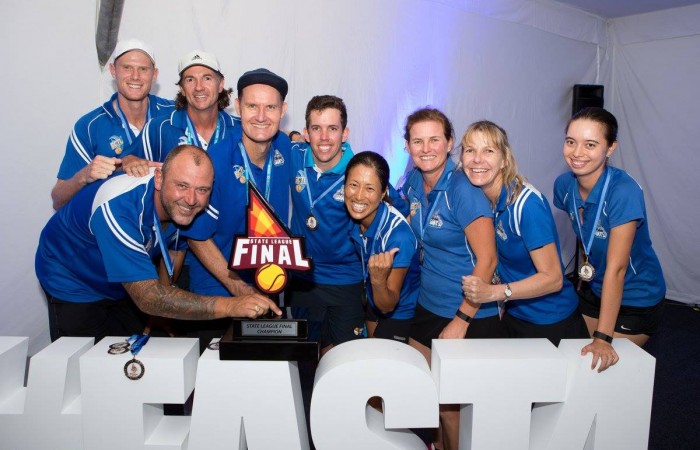 The Gold Coast Seniors Giants have clinched the inaugural State League Final during the Brisbane International in the first week of January beating the Brisbane Grammar School Bulldogs in the deciding match.

For the first time the winners of the regional marquee leagues Gold Coast Tennis League, North Tennis League and Brisbane Tennis League faced off for the State League Final. Struggling with rain in the first days of the Brisbane International the match between Kalynda Chase Cavaliers and BGS Bulldogs was still going on after Sam Groth was knocked out on the big stage of Pat Rafter Arena on the opening Sunday of the Brisbane International. After starting on the outside courts of the Queensland Tennis Centre the last rubbers in the match-up between Cavaliers and Bulldogs had to be moved onto the covered show courts to escape the rain. Playing late into the night the match proved to be an absolute nail-biter. After the Cavaliers had taken an early lead with two comfortable wins in the opening doubles rubbers the bulldogs fought back to tie the match 3 rubbers all after the singles rubbers. The concluding two mixed doubles rubbers had to decide the winner. It came down to a final tie-break which Tom Fancutt and Constance Gentner were able to take home for the Bulldogs to avoid a loss in a games countback. Great and exciting tennis rewarding the spectators who stuck around for the conclusion of the match.

The rain continued to haunt the Finals on the next day preventing the Cavaliers and Gold Coast Seniors Giants to start their match at their scheduled time. Moved again to the show courts the Gold Coast team made a strong case for the title run against the NTL team which was missing two of their main female players due to injury and work commitments. The Giants clinched their first match at the State League Final dropping only two sets to the Cavaliers who finished third overall and were consoled by a cheque of $ 1,500 in prize money.

The title-deciding match between the GCS Giants and BGS Bulldogs was postponed again due to rain. When the sun finally came out on Wednesday play finally got underway in better conditions. Brisbane Grammar found themselves down 0-2 rubbers again after the opening two doubles rubbers. Daniel Dossetor and Tom Fancutt kept the Bulldogs’ hopes alive winning both men’s singles while the Giants proved too strong on the women’s side. Taking a set from Tom Fancutt in the No 1 singles Lachlan Treacher ensured before the start of the mixed doubles rubbers that the title couldn’t be taken away from the Gold Coast Seniors.

The teams were presented their price money of $ 7,500 (winner) and $ 3,000 (runner-up), medallions and the trophy by Tennis Queensland president Mark Bloomfield during the FAST4 party celebrating the inaugural edition of the State League Final and the FAST4 format which was used for the competition. After the success of this year Tennis Queensland is looking to expand the Final to include another regional marquee league for 2017.

All results can be found on Match Centre. 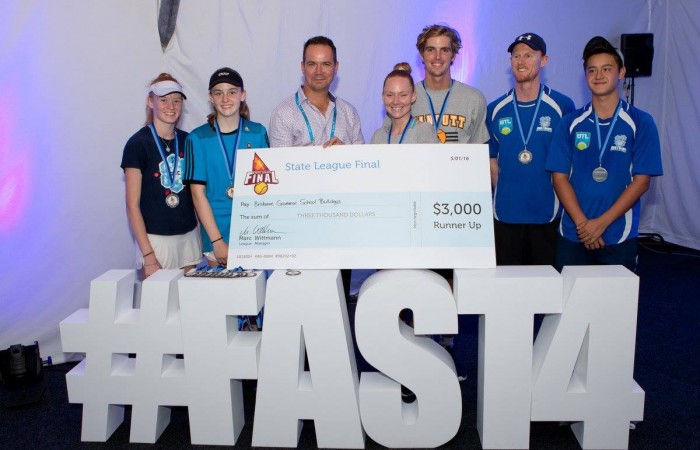 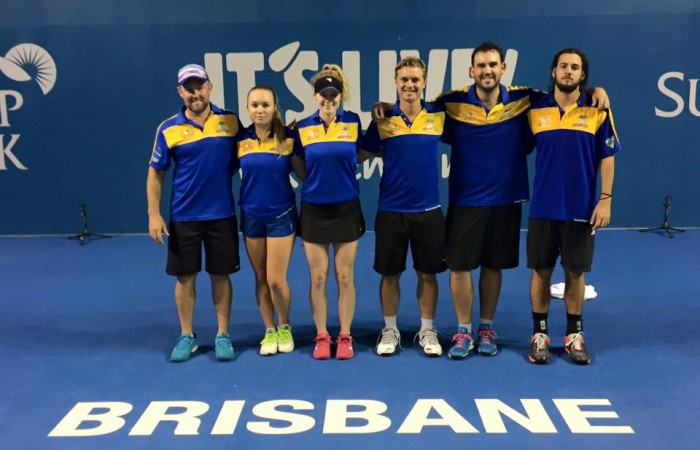 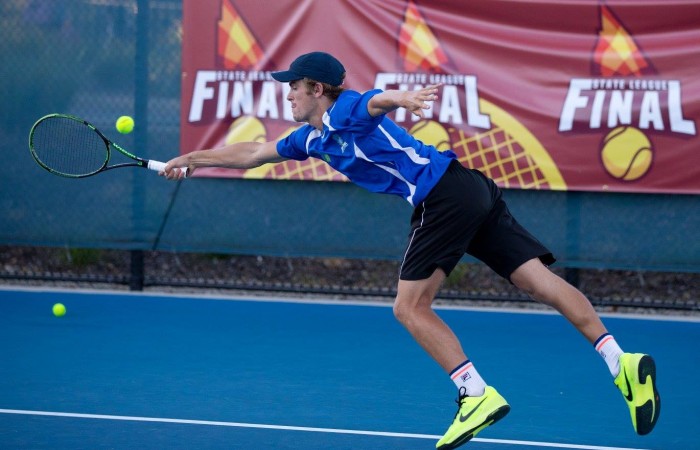 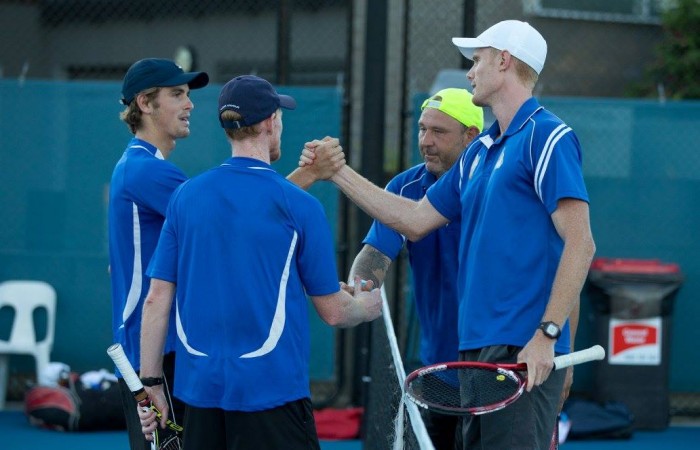