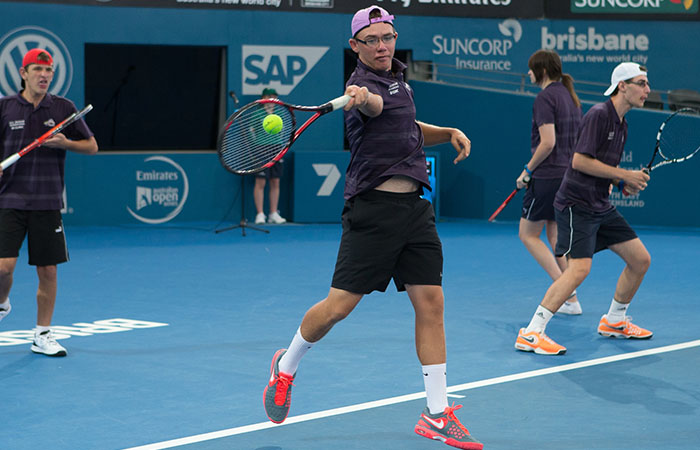 Men’s Singles
Archie Graham (AUS)  took on Fabrice Higgins (GBR) in the Men’s Singles Finals. Going from their previous match earlier in the week, this was going to be a fantastic match, and the boys didn’t disappoint the crowd. Through a combination of grit, determination, experience and ultimately fitness Archie won his singles 7/6 4/6 (10/8). Archie is now number 1 in the world for ID.

Men’s Doubles
In the middle of the day in 34 degree heat and 80% humidity Aussies Mitchell James and Archie were determined to stick to their game plan against Fabrice Higgins and Thomas Mellor of Great Britain in the men’s doubles final. Archie still had fuel in the tank and Mitch was fresh,fit and hungry for gold, the pair communicated well on court and kept a cool head, the tennis was outstanding with spectators on the edge of their seat. Mitch and Archie finished confidently winning 6/7 7/6 (10/6).

Women’s Singles
Kelly Wren defeated Brittany Tagliareni in the ladies singles 6/0 6/4.  Kelly’s game of variety proved too challenging for the young American. Brittany pushed the Aussie in the second set with her heavy topspin, however Kelly’s patience and risk taking saw her win the match 6/0 6/3.

Such an awesome effort by the team.