Aussies off to a winning start at Washington

Australian Daria Saville has scored a first-round singles win at the Citi Open in Washington. 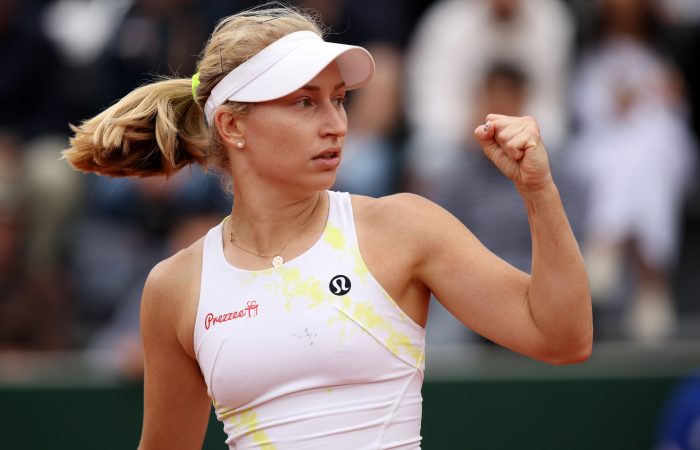 Australian contenders Daria Saville and Alexei Popyrin have recorded first-round singles wins, albeit in contrasting fashion, at the Citi Open in Washington.

Saville needed three hours and nine minutes to fight past Swedish qualifier Mirjam Bjorklund, eventually prevailing 3-6 7-5 7-6(4). This sets up a second-round meeting with top-seeded American and world No.7 Jessica Pegula.

Popyrin was only on court for 34 minutes in his opening-round match, with Chinese Taipei qualifier Wu Tung-Lin retiring after only six games.

The news wasn’t so good for James Duckworth, who lost in three sets to Croatian qualifier Borna Gojo.

Nick Kyrgios made a promising start to his doubles campaign, teaming with American Jack Sock to eliminate the No.3 seeds and Roland Garros champions Marcelo Arevalo and Jean-Julien Rojer in straight sets.

Six Australians feature in the singles main draw at an ATP 250 tournament in Los Cabos this week.

This is the second time that 21-year-old Hijikata has qualified at an ATP tournament, matching his effort from the Melbourne Summer Set earlier this year. The world No.224 is now aiming to record a first tour-level main draw win when he faces local wildcard Rodrigo Pacheco Mendez.

Purcell, who has qualified at a tour-level event for the third time this season, has been drawn against Switzerland’s Henri Laaksonen in the opening round.

Storm Sanders’ winning run has come to an end at a WTA 500 tournament at San Jose.

The 27-year-old Australian won two qualifying matches to earn her place in the main draw, however proved no match for American Taylor Townsend in their first-round encounter today.

Sanders now turns her attention to the doubles competition, where she is partnering American Caroline Dolehide.