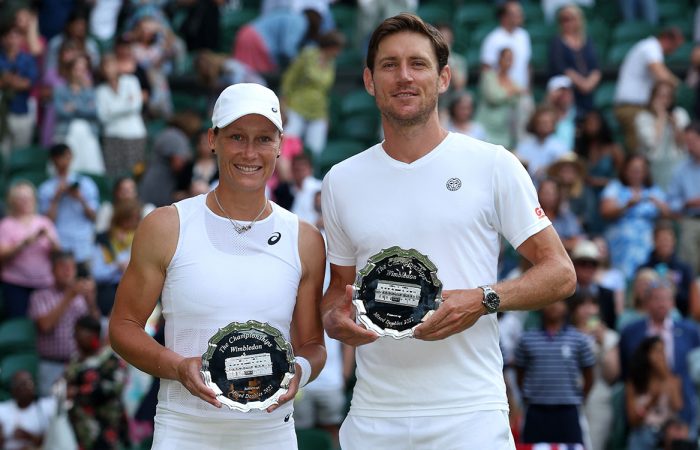 American Desirae Krawczyk and Brit Neal Skupski successfully defended their title at Centre Court today, with the 2021 champions posting a 6-4 6-3 victory against the Australian pair.

The second seeds made the most of their opportunities in the 86-minute final, winning all three break points they earned.

Stosur and Ebden, on the other hand, only converted one of their five break point opportunities.

World No.11 Stosur and world No.31 Ebden had been aiming to become the third all-Australian team to win a Wimbledon mixed doubles title in the Open era – and the first since Elizabeth Smylie and John Fitzgerald in 1991.

This is their second Grand Slam final as a team, having also finished runners-up at the Australian Open last year.

Ebden still has an opportunity to win a Grand Slam title at this tournament, having progressed to the gentlemen’s doubles final alongside fellow Aussie Max Purcell.

Ebden and Purcell sensationally saved five match points to eliminate the No.1 seeds in semifinal action earlier today, making them the first all-Australian finalists in 22 years.