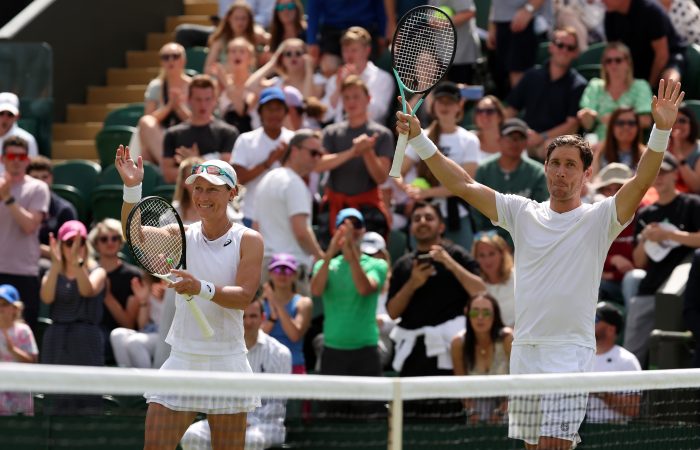 Sam Stosur and Matt Ebden are through to the semifinals in the Wimbledon 2022 mixed doubles competition.

Stosur and Ebden produced a strong serving display, conceding only 13 points on serve in the 70-minute encounter.

This extends 34-year-old Ebden’s career-best run in a Wimbledon mixed doubles draw and for 38-year-old Stosur, marks her first semifinal appearance at the All England Club in eight years.

World No.31 Ebden becomes the 27th Australian man to reach a Wimbledon mixed doubles semifinal in the Open era – and only the second in the past decade.

Stosur has gone to win the title on the two previous times she advanced to the Wimbledon mixed doubles semifinals, a promising sign ahead of a final-four showdown with American combination Coco Gauff and Jack Sock.

Perez and American partner Nicole Melichar-Martinez made a promising start against Wimbledon 2018 champions Barbora Krejcikova and Katerina Siniakova, building a 6-1 4-2 lead. However, the second-seeded Czechs fought back to record a 1-6 7-6(2) 6-2 victory.