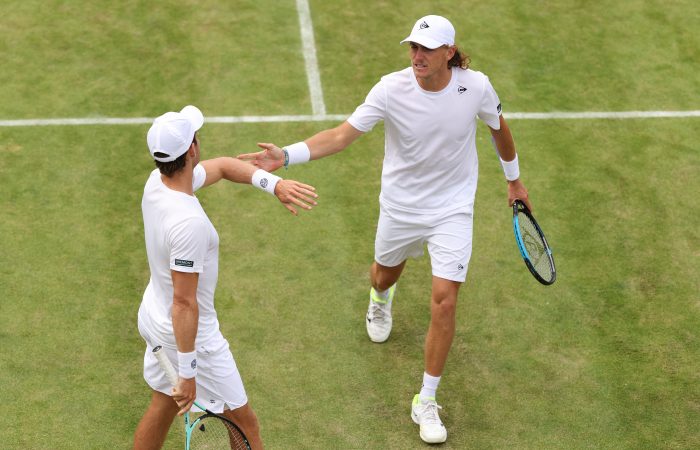 Three Australian players have advanced to the quarterfinals in the Wimbledon gentlemen’s doubles competition, where they’ll face off for a place in the semifinals.

Matt Ebden and Max Purcell are enjoying a career-best run at the All England Club, progressing to the quarterfinals for the first time.

The No.14 seeds have had to fight hard to keep their title hopes alive, winning three consecutive five-set battles to reach this stage.

This propels 34-year-old Ebden and 24-year-old Purcell into a quarterfinal showdown against fellow Australian John Peers and his Slovak partner Filip Polasek.

In mixed doubles action, Peers and Canadian partner Gabriela Dabrowski were eliminated in the quarterfinals by Indian Sania Mirza and Croatian Mate Pavic.

While Matt Ebden and Sam Stosur upset the No.1 seeds Ena Shibahara of Japan and Jean-Julien Rojer of the Netherlands in three sets to book their quarterfinal place.

This is 38-year-old Stosur’s sixth Wimbledon mixed doubles quarterfinal and her deepest run since 2014, while it is Ebden’s career-best result at the tournament.