Thompson through to second round at Wimbledon

Australian Jordan Thompson has posted a straight-sets win against Spain's Roberto Carballes Baena in the opening round at Wimbledon 2022. 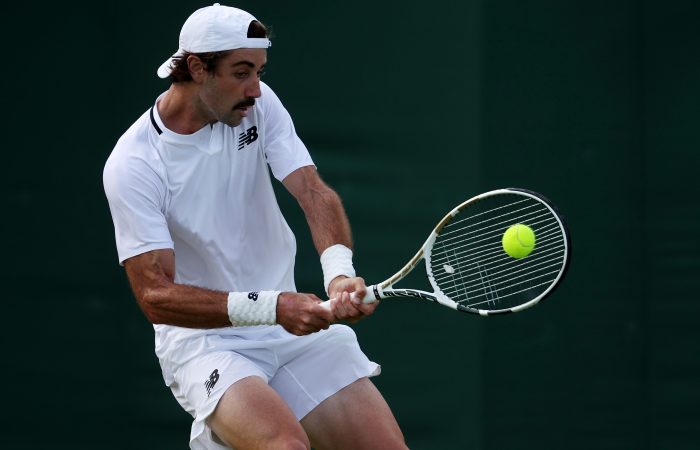 Jordan Thompson’s impressive grass-court campaign has continued with a dominant victory in the opening round at Wimbledon.

Thompson never looked in any trouble in a 6-4 6-1 6-1 victory over Spaniard Roberto Carballes Baena.

It is Thompson’s first Grand Slam match victory of 2022 and his 12th win from his past 15 matches.

The world No.76 entered the tournament fresh from winning an ATP Challenger title on grass in Surbiton, dropping just one set for the week. He backed that up by reaching another ATP Challenger final in Nottingham, where he lost to Daniel Evans.

A pair of qualifying wins at an ATP 250 tournament in Mallorca finalised his preparation for the grass-court Grand Slam.

Thompson’s confidence was high coming in, discussing his love of the grass in the lead-up to Wimbledon.

“I’m pretty happy with how it’s been going,” he said ahead of today’s match.

“It was a rough start to the year and I turned it around straight away on the grass and won that tournament in Surbiton and reached the final in Nottingham.”

Thompson feels the conditions suit his game and on the evidence of today, further victories are certainly possible.

“I always feel comfortable on the grass,” he said.

“I feel like I move quite well on it. Stay quite low. My shots are probably more suited to grass than clay.”

Thompson will now take on fourth seed Stefanos Tsitsipas in the second round.

Ajla Tomljanovic was the sole Australian winner in ladies’ singles action, stunning No.18 seed Jil Teichmann in a positive start to her tournament.