Australia's Jason Kubler has eliminated No.28 seed and British favourite Dan Evans in the opening round at Wimbledon 2022. 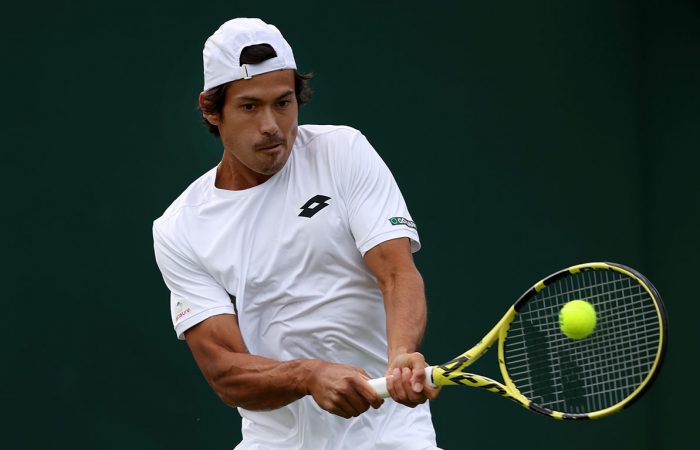 Jason Kubler has recorded one of the biggest wins of his career to progress to the second round at Wimbledon.

The Australian qualifier upset No.28-seeded British hope Dan Evans in first-round action at the All England Club today. Kubler produced a confident and composed performance to record a 6-1 6-4 6-3 victory at No.2 Court.

“Even being able to play on this court was a big highlight for me in my career. The fact I played some of my best tennis today is just the cherry on the top,” said Kubler, who was making his second Wimbledon main draw appearance.

World No.99 Kubler did not lose a service game in the two-hour and eight-minute encounter, frustrating his higher-ranked opponent with his consistency. He finished the match with 40 winners and just 17 unforced errors.

It is Kubler’s third career victory against a top 50-ranked opponent – and first recorded on grass.

The former world No.1 junior, whose career has been hampered by a multitude of injuries, is in career-best form. Kubler has won 20 of his past 23 matches, helping him improve his ranking almost 80 places in the past two months.

This is Kubler’s first main draw win at Wimbledon, propelling him into a second-round meeting with Austrian qualifier Dennis Novak.

Alexei Popyrin almost joined them, serving for victory in the fourth set of his first-round match. However, Frenchman Hugo Gaston fought back to win in five sets.

Ajla Tomljanovic was the sole Australian winner in ladies’ singles action, stunning No.18 seed Jil Teichmann in a positive start to her tournament.