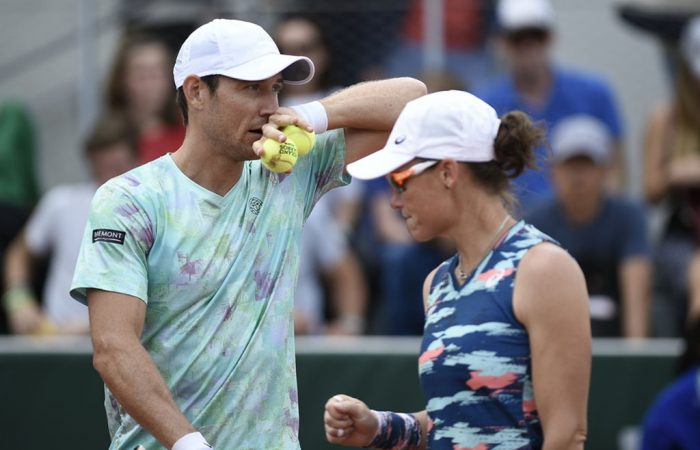 The 38-year-old Stosur continues to add to her incredible record, progressing to her 15th career Grand Slam mixed doubles quarterfinal and first in Paris since 2007.

This is 34-year-old Ebden’s fourth career Grand Slam mixed doubles quarterfinal and the first outside of the Australian Open.

These enduring veterans will be competing alongside three rising Aussie stars today, as the Roland Garros junior competition continues.

Sam Stosur (AUS)/Matt Ebden (AUS) v [2] Ena Shibahara (JPN)/Wesley Koolhof (NED)
Mixed doubles, quarterfinals, Court 14, second match
World No.13 Stosur and world No.37 Ebden, the Australian Open 2021 finalists, have improved their team record to eight wins from 11 matches together. Standing in their way of a Roland Garros semifinal spot are the No.2 seeds, world No.8 Shibahara and world No.11 Koolhof.

Taylah Preston (AUS) v [WC] Sarah Iliev (FRA)
Girls’ singles, second round, Court 7, third match
Preston made a promising start to her Roland Garros debut, scoring a straight-sets win in the first round. The 16-year-old from Perth is now trying to advance to the third round at a Grand Slam tournament for the first time. Iliev, a 15-year-old French wildcard, eliminated the No.8 seed in the opening round.