As top young Australians experienced tennis on courts their heroes had trained on, they also gained priceless insights into what that elite level requires. 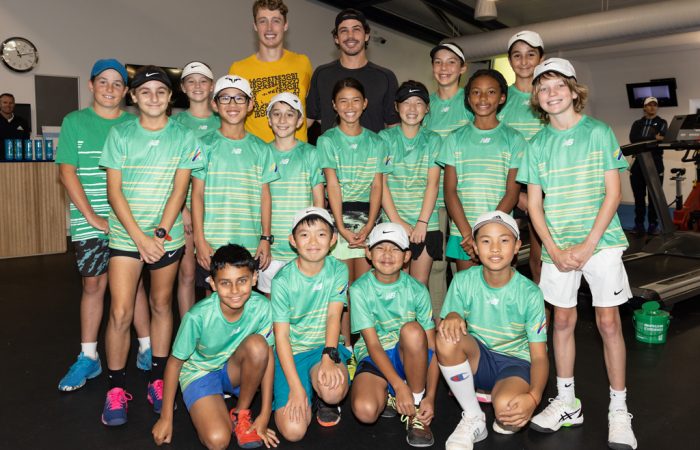 While many young players take inspiration from the world’s top professionals, few have the chance to experience tennis on the same courts as their Grand Slam heroes.

The nation’s top eight boys and girls in their age group therefore cherished a rare opportunity as they participated in the National 11s Camp in Melbourne.

Staged at the National Tennis Centre at Melbourne Park over four days in May, it ensured the young players were developing their games at the same training facility as Australian Open competitors.

“It’s like I’m walking in all of their footsteps,” said a delighted Ben Spotswood, who had travelled to Melbourne from regional New South Wales. “I can’t even explain it.”

Take a look behind the scenes at our National Development Camp featuring Australia’s top 11/u juniors 👇 pic.twitter.com/uM5xjq4Ifu

As they participated in a range of drills, training activities and off-court sessions, the young players gained new insights into what’s required to achieve their tennis goals – with Grand Slam titles, top rankings and representing Australia among the dreams they articulated.

A meeting with Australian professionals Marc Polmans, Alex Bolt and Zoe Hives, who were training at Melbourne Park, provided added inspiration in those objectives.

“When they walk through the door and they know this is a Grand Slam venue and they see pro players on courts next to them while they’re hitting balls, (it’s quite inspiring,” said Paul Vassallo, Tennis Australia’s Director of Talent. “They get to see that really close, which is so unique.”

With a theme of “know the level, know your tennis”, the National Camp allowed Vassallo and performance coaches to learn more about the young players, who are the top Australians in the 2011 birth year according to the UTR (Universal Tennis Rating).

“It’s a good chance for us to get to know these kids at this young age, to get to know what their needs are,” Vassallo related. “(We’re also) working with the private coach so we can help to better prepare them and work with them as they get to the 12th and 13th birth years and start to navigate tennis at an international and national level beyond where they are right now.” 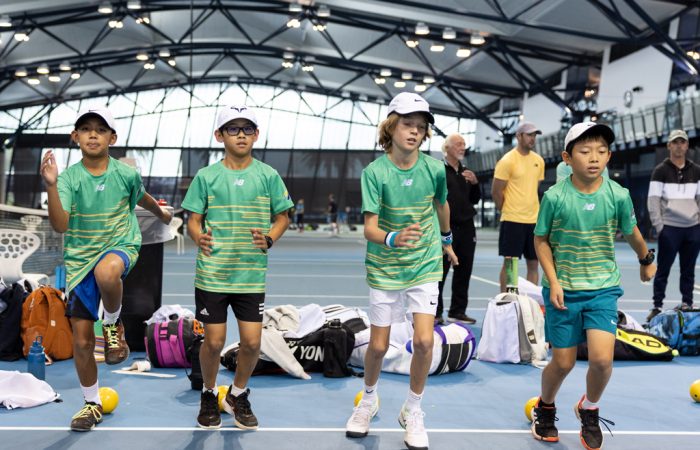 As players target tournaments at ITF level in the not-too-distant future, the National Camp incorporated a holistic approach to their development.

“There’s also areas off-court such as strength and conditioning that they’re learning about,” Vassallo added. “They’re learning about some wellbeing,about being good people off the court, because we all know that tennis is not always going to be the end destination.

“So (we’re) making sure they’re well-rounded and providing opportunities off court as well as on court.”

The wide-ranging opportunities were clearly beneficial for enthusiastic participants, with juniors cherishing the chance to develop friendships with others in their age group 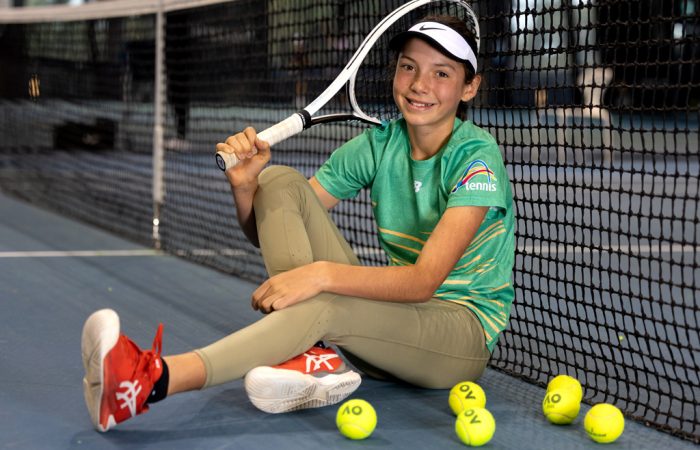 “It’s a good experience to be around players who are about the same level as you,” said Queensland’s Ceressa Jackson. “And just to basically experience more.”

Networking and development opportunities were equally valuable for the 11 private coaches – including former professional Alun Jones – who participated in the four-day camp.

“The big part for me is not just the forehands and backhands,” said Vassallo. “There’s a lot of coach PD going on this week with the private coaches working with the  Performance coach development team.”

The future is bright for both players and coaches as they target the next steps in their development.

“We can see these kids hopefully accelerate after this experience, be inspired by being in a Grand Slam venue,” added Vassallo, who is delighted to see them the juniors maximising their potential.

“It’s exciting when you see that. You just want to provide more opportunity.”