Australian Jordan Thompson has made a winning start at an ATP 250 tournament in America this week. 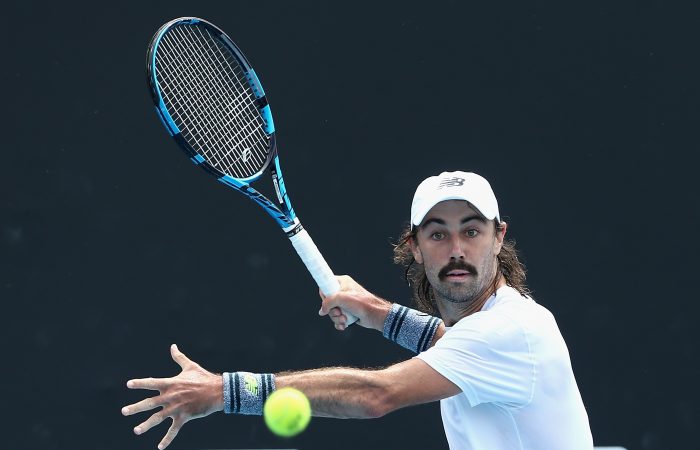 Australian Jordan Thompson has beaten Spanish veteran Feliciano Lopez in the opening round of an ATP 250 tournament in Dallas.

The 27-year-old Thompson fired eight aces and saved all three break points he faced in a 7-5 6-3 victory against the former world No.12.

Alexei Popyrin has suffered a heart-breaking loss in the opening round at an ATP 500 tournament in Rotterdam.

Popyrin earned a match point on Khachanov’s serve at 5-4 in the third set, but was unable to convert.

The 22-year-old Australian also led 5-3 in the deciding tiebreak, however world No.28 Khachanov won five of the final six points in the two-hour and 33-minute battle.

Popyrin’s loss leaves Alex de Minaur, who scored a comprehensive win against Belgian David Goffin yesterday, as the last Australian in the draw.

World No.34 De Minaur faces American Mackenzie McDonald in the second round.