The induction of both early champions celebrates the centenary of women’s competition at what is now the Australian Open. 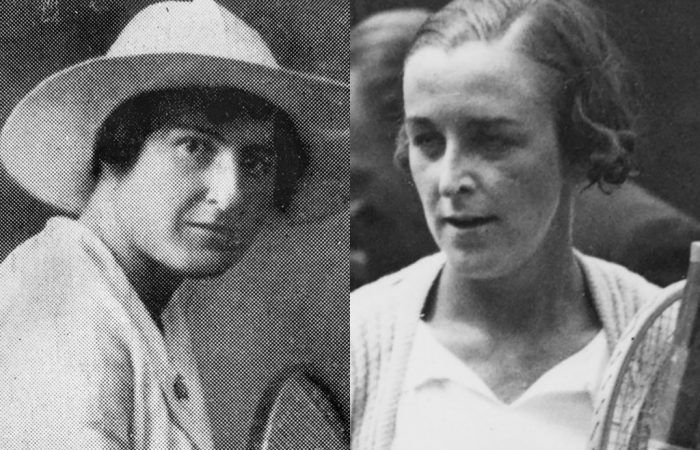 Aussie trailblazers Maude Margaret Molesworth and Joan Hartigan will be inducted into the Australian Tennis Hall of Fame at a special ceremony at Rod Laver Arena tonight.

Immortalised in bronze, their statues will join the host of Australian tennis legends in Garden Square at Melbourne Park, home of the Australian Open.

Internationally regarded as two of the greatest players to compete before the second World War, both women dominated on the national circuit and, as opportunities opened up for women, were recognised in both official and unofficial top-10 rankings.

Queenslander Molesworth, who died in 1985 at the grand age of 90, was 27 when she won the inaugural women’s singles title at the 1922 Australasian Championships, held at Rushcutters Bay, Sydney, and successfully defended her title the following year.

She was renowned for possessing a wide range of shots and for hitting the ball as hard as a man, her power honed from practising with male players.

“I practised and trained as hard as any boy and loved every minute of it,” Molesworth said on the 60th anniversary of that first final against Esna Boyd, which she won 6-3 10-8.

Taught to play by her Scottish-born father Alexander Mutch, Molesworth’s first success came when she won the Brisbane metropolitan singles and doubles titles in 1913, etching her name on both trophies for the next 25 years.

After her young career was on pause during World War 1, she added the NSW women’s singles crown in 1919, the Victorian and South Australian titles the following year and the Queensland championships in 1921, all leading to her ultimate status as Australian champion in 1922.

Married to educator and radio broadcaster Bevil Hugh Molesworth in 1918 and with her son, Hugh, born in 1925, she continued to dominate Australian tennis throughout the 1920s and ‘30s.

Like most sportswomen of her time, Molesworth had few opportunities to test her skills in Europe, however she reached the last 16 of the French Championships in 1934 at the age of 40.

Before the era of computer rankings, she was acknowledged as Australia’s first top 10-ranked player by esteemed English tennis correspondent, Wallis Myers of the Daily Telegraph.

A gold coin depicting Molesworth has been used for the coin toss at AO matches this year as part of celebrations commemorating 100 years of the women’s event.

Molesworth’s legacy lived on well past her tennis achievements, and her great granddaughter has been named Maude in honour of her legendary ancestor.

“When I was younger I knew she was an Australian tennis champion and over the years I have come to know more about her and especially who she was as a woman. She was a pioneer for women in sport and I can say it feels an even greater honour to be named after Maude,” her great granddaughter Maude Molesworth said.

“She would say today that you don’t need to be a tennis champion to be great, you are already great and it feels like that is who she was.”

Younger than Molesworth by 18 years, Joan Hartigan was Australia’s No.1 ranked singles player between 1933-36.

Powerful, athletic and tall, Hartigan was another charismatic and engaging player who struck a hard ball off both sides. She also partnered 1930 Australian men’s singles champion Edgar Moon to win the 1934 Australian mixed title.

Hartigan enlisted in the Australian army in 1943 but was discharged in September that year. After the war, she married Hugh Moxon Bathurst, private secretary to Labor politician Senator James Fraser, who was Minister for Health under Prime Minister, Ben Chifley.

The couple spent a few years in England, returning in 1950 with their two-year-old son, Thomas Frederick Bathurst, who went on to be appointed Chief Justice of the Supreme Court of NSW in 2011.

“She always talked about winning the Australian Championships and she won it three times,” Bathurst said.

“A lot of people talked about her Wimbledon successes but she loved the Australian Championships and it was her crowning achievement.

“The women’s tour is now headline at the Australian Open and that would have really pleased her, because she played only 10 years after they were allowed to play. She would mutter darkly about equal pay, but she was pleased with the advance of it.”