On the 100th anniversary of Margaret Molesworth's inaugural Australian championships victory, the trail-blazing Aussie is set to be inducted into the Australian Tennis Hall of Fame. 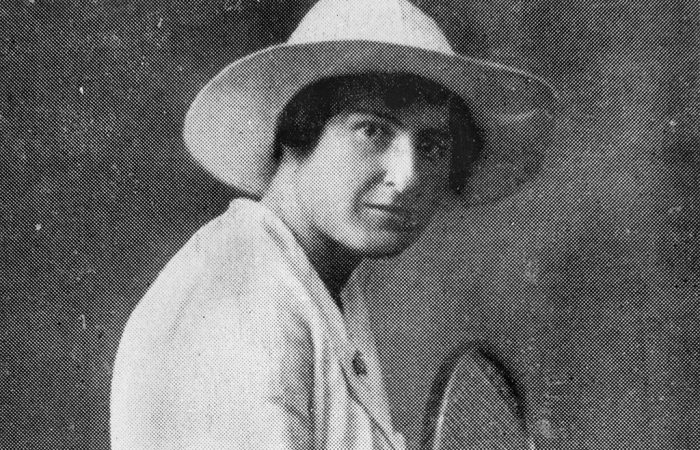 At age 20, Margaret Molesworth was already making significant waves in the tennis world.

The Queenslander won her first title of note in 1914 as the Queensland ladies’ doubles champion, but as with many sporting stars of the era, the outbreak of the first World War halted her progress.

Very little professional sport was played for the next five years, robbing the likes of Molesworth from some prime sporting years.

But history would show that Molesworth – also known fondly as “Mall” – wasted no time re-establishing herself at the earliest opportunity.

From 1919 onwards, Molesworth won titles in New South Wales, Victoria and Tasmania, but it was three years later when she etched her name in history forever.

Women had been competing at Wimbledon for 37 years, with Roland Garros and the United States also offering that opportunity before 1900.

The Australasian Championship was the last of the four major tournaments to create a competition for women.

When that time finally came in 1922, Molesworth was a 27-year-old married woman who held multiple state titles.

At a time when most women retired once married, she would re-write the script.

On Sydney’s Double Bay tennis courts, the Queenslander showcased her all-court game and strong serve. A sweeping backhand was also a factor as Molesworth claimed the inaugural title without dropping a set for the tournament.

The Queenslander defeated fellow Australian Esna Boyd 6-3 10-8 in the final.

It's #ThrowbackThursday!! Let's go back to when Margaret Molesworth won the inaugural @AustralianOpen championship in 1922#AusOpen #TBT pic.twitter.com/0CitDtQnK9

As the Australian Open prepares to celebrate the 100th anniversary of that first women’s championship, a silver coin featuring Molesworth will be used for all pre-match coin tosses at this year’s tournament.

The inaugural women’s champion will also be inducted into the prestigious Australian Tennis Hall of Fame, alongside triple 1930’s Australian winner Joan Hartigan.

This represents a fitting acknowledgement for two women who, along with champion Daphne Akhurst, led the way in changing the face of tennis in Australia.

“Women generally had to take a back seat at the time,” Molesworth reflected in the 1980s.

“When we played our championship finals, we always went on the court at 12 noon – never in the afternoon. The men were the star attractions.”

Molesworth defended her title in her home state of Queensland in 1923 and was still competing in the Australasian Championships at the age of 40.

“I practised and trained as hard as any boy and loved every minute of it,” the pioneering champion reflected in Australian Tennis Magazine on the 60th anniversary of her 1922 triumph.

In an era before computer rankings, Molesworth is acknowledged as the first Australian woman to hold a top-10 ranking.

She died at age 90 in 1985 at home in Sydney, leaving an amazing legacy on the sport of tennis in Australia.

Women champions today can expect to be celebrated in equal esteem to their male counterparts. This is thanks in no small part to the ground-breaking efforts of champions like Molesworth.