Recognising her dominance of the sport in the 1930s, Joan Hartigan is set to be inducted into the Australian Tennis Hall of Fame this summer. 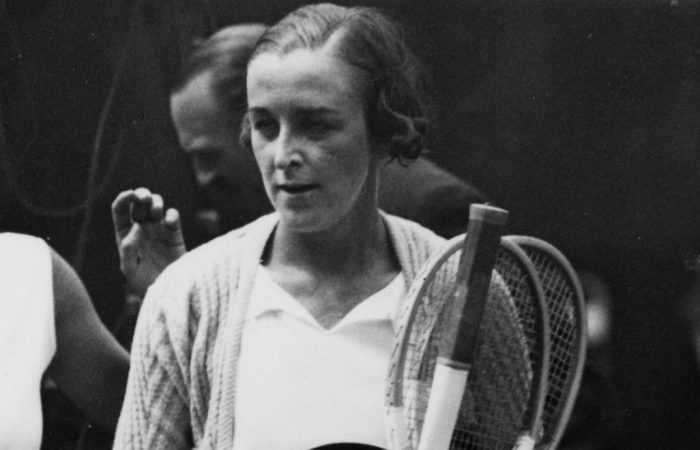 As the Australian Open prepares to celebrate 100 years of the women’s competition, it’s fitting to reflect on the great pioneers from the years that followed that ground-breaking 1922 tournament.

Margaret Molesworth won the inaugural title and defended her title in 1923, before Daphne Akhurst took the sport by storm, leaving such a mark that her name now adorns the trophy presented to the Australian Open women’s singles champion.

Just 20 when she first lifted the trophy at Kooyong, Hartigan was, like Akhurst, a stylish presence with her visor and pleated dresses.

Unlike Akhurst, she competed bare-legged as it had recently become acceptable for female players to ditch their stockings.

In 10 Australian Open campaigns, Hartigan would only fail to reach the quarterfinals on one occasion, which was her final appearance at the age of 35.

Hartigan’s powerful and expansive forehand served her extremely well on grass and it carried her to back-to-back Wimbledon semifinals in the 1930s.

She reached No.8 in the world at just 21 years of age and such was her prodigious talent, she toured with the Davis Cup team.

Born in Sydney, Hartigan was a popular drawcard at a time when the presence of women in the sport was growing, with the 1930’s seeing the introduction of girls’ singles and doubles and the first women line-judges.

Her on-court exuberance made her a popular player, idolised by school children who loved her hard-hitting forehand and light-hearted approach to the game.

Hartigan reached back-to-back Australian semifinals in 1939 and 1940. But the outbreak of World War II saw international tennis suspended for five years, robbing her of what potentially could have been the peak years of her career from the age of 27.

She immediately reached the quarterfinals again upon the resumption of the Australian championships in 1946.

Hartigan also enlisted in the Australian Army for a period during the Second World War. After the conflict, she married and lived most of her life in Sydney, before passing away at age 88 in 2000.

Hartigan’s contribution will be recognised during the Australian Open women’s centenary celebrations, when she is inducted into the Australian Tennis Hall of Fame alongside inaugural winner Margaret Molesworth.