Following his title-winning run at the Adelaide International, Thanasi Kokkinakis is at his highest ranking in almost six years. 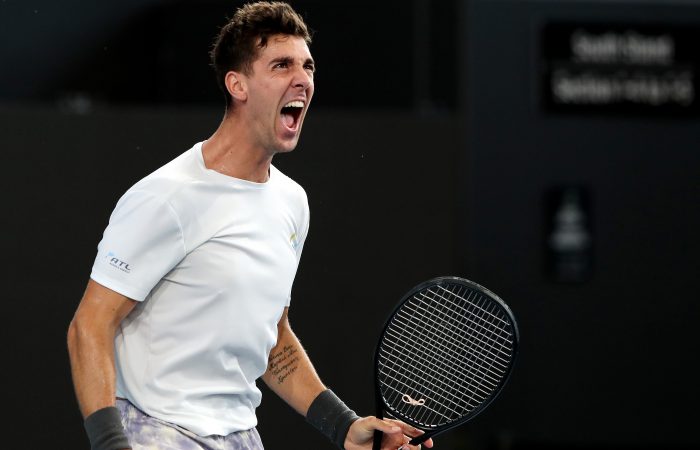 Thanasi Kokkinakis is at world No.103 in the latest ATP Tour men’s singles rankings, with the 25-year-old rising 42 spots after claiming his first ATP singles title at the Adelaide International.

It is Kokkinakis’ highest ranking since February 2016 and a welcome reward for persevering through multiple injury setbacks over the past six years.

“Now I’m happy, I’m on the front foot, my body feels great,” Kokkinakis said. “I hope this is just the beginning for me, onwards and upwards.”

Kokkinakis, who has won eight of his nine matches so far this season, has improved his ranking 68 places in the past fortnight.

Aleksandar Vukic has also been rewarded following an impressive performance in Adelaide. After reaching his first ATP-level quarterfinal, the 25-year-old improves 16 places this week to a career-high world No.144.

> READ: Getting to know Aleksandar Vukic

Ash Barty enters the Australian Open as the world No.1 for the third consecutive year. The 25-year-old currently has a 1,413 point lead over world No.2 Aryna Sabalenka.

Storm Sanders is the biggest mover among the Australian top 10 in the latest WTA Tour women’s singles rankings, rising seven places to world No.128 after qualifying at the Adelaide International.

After claiming his 26th career ATP title at the Sydney Tennis Classic, John Peers improves one spot to world No.12 in the latest ATP Tour doubles rankings.

Matthew Ebden is at a new career-high ranking this week, rising two spots to world No.55.

While Alexei Popyrin takes biggest mover honours, jumping up 81 spots to world No.264 after matching his career-best result with a semifinal run at the Sydney Tennis Classic.

Sam Stosur remains the top-ranked Australian in the latest WTA doubles rankings, sitting at world No.15.

Six Australian women are currently inside the world’s top 100, with Astra Sharma rising eight places to world No.98 after reaching the quarterfinals at the Sydney Tennis Classic.

> READ: Six Aussies in action on day one at Australian Open 2022