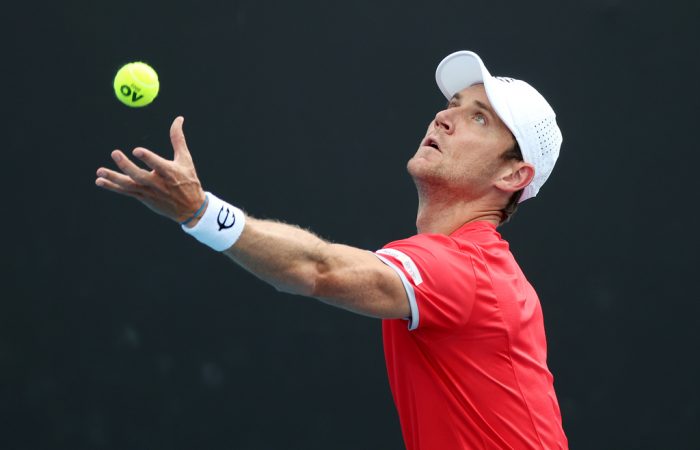 Matt Ebden will turn his attention to Australian Open doubles events after a heartbreaking exit to Norbert Gombos in the final round of qualifying.

After taking the first set in a tiebreak, Ebden twice served for the match against the Slovak.

And while Ebden will take heart after earlier progress in AO 2022 qualifying – with wins over No.27 Matias Moraing and Swiss teenager Dominic Stricker – he will also lament his lost opportunities against Gombos.

Ebden appeared the sturdier competitor early in the match, recovering from a 2-4 deficit in the opening set and after exchanging breaks with Gombos, sealing it on his fourth set point in the tiebreak.

The Australian appeared headed for straightforward victory when he secured a first break of serve in the ninth game of the second and served for the match at 5-4.

But Gombos fought to level, earning a set point two games later. He couldn’t convert then but did so in another tiebreak.

The third set followed a similar pattern, Ebden breaking Gombos’ serve in the eighth game and serving for the match at 5-3.

The determined 31-year-old recovered, the match once again marching on to a tiebreak. Taking an early lead, Gombos secured four match points, at last converting with a backhand winner.

Ebden had dominated on serve stats, firing 23 aces compared to four from Gombos. His 55 total winners were also 20 more than his opponent’s, but 52 unforced errors came at the wrong moments.

The Australian’s 142 total points one just exceeded 141 from Gombos, who will take his place in the Australian Open main draw for a third straight season.

Ebden was targeting a ninth main draw singles campaign at his home Grand Slam and his first singles showing at Melbourne Park since 2019.

After a rollercoaster 2021 season, the 34-year-old West Australian is working hard to rebuild his ranking after earlier injuries and pandemic-related interruptions saw him drop outside the top 200.

There was progress in 2021 with a quarterfinal in Singapore and semifinal appearance in Marseille, where Ebden upset top-20-ranked Karen Khachanov.