World No.2 Daniil Medvedev has steered Team Russia to victory against local hopes, Team Australia, at the ATP Cup. 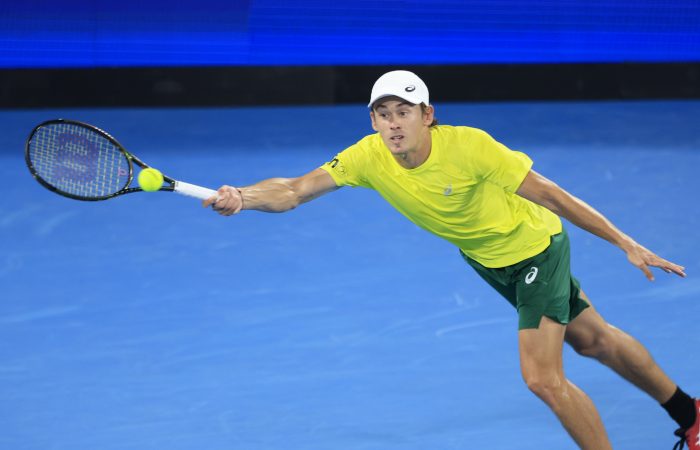 Team Russia has powered to a thrilling 3-0 win against Team Australia in ATP Cup action at Qudos Bank Arena in Sydney tonight.

Not even a vocal home crowd could help world No.34 De Minaur stop the all-conquering Russian, who won a tour-leading 62 matches last season.

“He’s a very tactical player in the sense of he baits you very well to go for a lot,” De Minaur said. “He’s obviously a very good mover with very good end-range shots. I mean, to beat him you got to obviously be aggressive and take the net, but at the same time you don’t want to over press and I feel like I did a bit of that today and made a couple too many unforced errors.”

Medvedev showed the brilliance that helped him capture last year’s US Open title, producing a measured performance against the in-form Aussie. Medvedev lost just 14 points on serve in the 80-minute match.

“It didn’t go my way, but you live and you learn,” De Minaur said. “(I) didn’t execute how I wanted to today, but there’s always tomorrow. There’s always things to improve on, lots of things I learned today and we move on.”

Safiullin also dominated on serve, conceding only 18 points, to prevent world No.49 Duckworth from building any momentum in their one-hour and 58-minute battle.

“All the boys on the bench and the home support was great,” Duckworth said. “I just wish I could have performed a bit better.

🇷🇺 Roman Safiullin reigns superior against James Duckworth 7-6(6), 6-4 to give #TeamRussia a 1-0 lead against #TeamAustralia.#ATPCup pic.twitter.com/PHJYFA21Ov

Tonight’s result boosts Team Russia’s chances of finishing on top of Group B and advancing to the semifinals. The defending champions are unbeaten so far this week and can secure a semifinal spot with victory against Team Italy in their final round-robin match on Thursday.