In her first professional match in 11 months, Australian wildcard Kimberly Birrell has scored a three-set win against world No.112 Martina Trevisan. 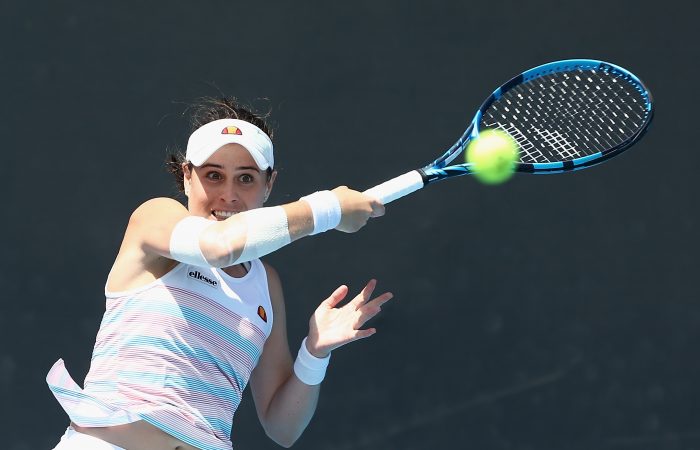 Kimberly Birrell has made a sensational tour return at the Melbourne Summer Set.

The Australian wildcard has been sidelined for the past 11 months with injury, but produced an impressive display to defeat world No.112 Martina Trevisan in women’s qualifying singles action at Melbourne Park today.

The 23-year-old from the Gold Coast, who is currently ranked No.740, was thrilled with her effort.

“I didn’t have any expectations, to be honest. I was just so happy to be out on court,” said Birrell, who had not played a professional match since February 2021.

“I kept telling myself that I deserve to be there and to just take it one point at a time. I knew I’d been playing, what I thought was, a good level for the past few months. So it felt really good to have that translate from practice onto the match court.”

After returning from a right elbow injury last summer, Birrell opted to take some further time off in 2021 after admitting her “arm wasn’t 100 per cent right”.

“I wanted to make sure it was 100 per cent right and unfortunately that took a really long time,” she said.

“It’s been a roller coaster, but I feel really proud to have made it back to this point. Hopefully this year goes a little bit differently.”

Having spent the past few months training intensely in Queensland, Birrell is relishing the challenge of competing again.

“It feels really nice to be at a tournament, training does get a little bit arduous after a while,” she admitted.

“There’s been some tough days, but finally there’s some light at the end of the tunnel.

“I’m still aware it’s only the first match back. Even though I’m super happy, I know I have another match tomorrow so I can’t let myself get too excited. But I am definitely enjoying the moment.”

Preston now faces another Australian wildcard in the final qualifying round, Destanee Aiava.

It was a tough day for Australian players in the Melbourne Summer Set WTA 250 #2 event, with all crashing out in the opening round of qualifying.

Melbourne Summer Set tickets are now on sale, with prices beginning at $19 for main draw matches. Kids can attend for free.