Alex de Minaur is excited to have the opportunity to lead Team Australia at the 2022 ATP Cup. 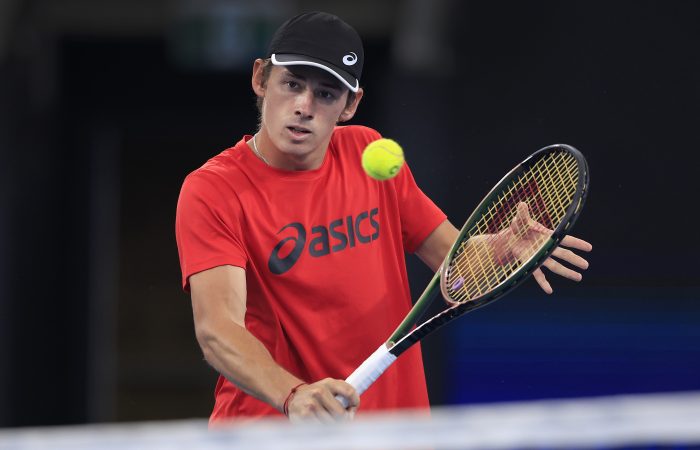 Alex de Minaur is not shying away from the challenge of leading Team Australia at the 2022 ATP Cup.

The world No.34 is set to face several top 10-ranked opponents during the event, which is being staged in Sydney from 1-9 January.

“You know, it’s a big opportunity for me,” said the 22-year-old De Minaur in the team’s pre-event press conference in Sydney today.

“That’s the way I see it, a chance to go out there and really test myself against these top guys. I’ve got the Aussie crowd behind me, I’ve got this great team of guys around me. It’s going to be just exciting to see where I’m at.”

“It’s really special for these guys to get the opportunity to play an event like this, representing their country at home in Australia. Especially here in Sydney, where a lot of these boys are from, grew up playing,” Hewitt said.

Team Australia, which has landed in Group B, begins its campaign against a star-studded Team Italy on Sunday 2 January.

World No.7 Matteo Berrettini and world No.10 Jannik Sinner headline the Italian line-up, which also includes world No.27 Lorenzo Sonego and world No.37 Fabio Fognini.

> VIEW: All the ATP Cup teams

World No.2 Daniil Medvedev is leading defending champions Team Russia, which also feature in a strong Group B.

Team France, led by world No.35 Ugo Humbert, rounds out the group, a late addition to replace the withdrawing Team Austria.

“(But) our boys have got nothing to lose. (It’s a) good opportunity to go out there as the underdogs in a couple of matches and really take it and test themselves.

“They’ve all been training extremely hard in these conditions, as well. So they’ll be well prepared when they get the opportunity.”