Alex de Minaur and James Duckworth will lead Team Australia at the 2022 ATP Cup in Sydney. 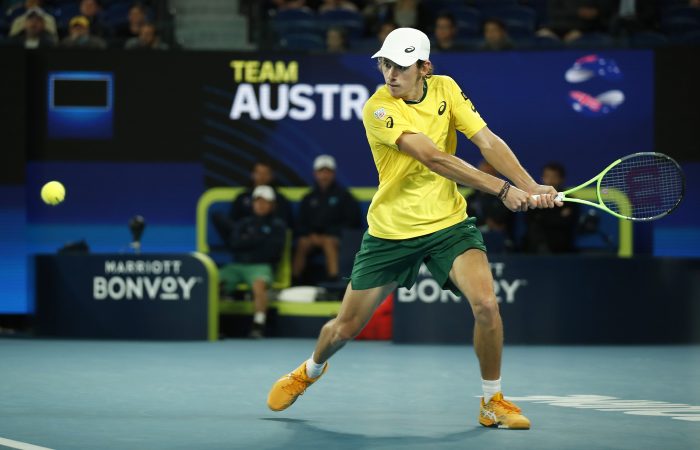 The official draw for the 2022 ATP Cup, which will be played in Sydney from 1-9 January, was held today.

Australia, a wildcard entry as the host nation, was handed a challenging draw. Landing in Group B, Team Australia will face defending champions Team Russia and 2021 finalists Team Italy in round-robin showdowns.

Team Austria, spearheaded by US Open 2020 champion Dominic Thiem, has also been drawn in a strong Group B.

Each country at the 2022 ATP Cup will field a team of up to five players, with each tie comprising two singles matches and one doubles match. The No.2 singles players compete against each other before the No.1 singles, followed by doubles.

The top-performing teams in each of the four groups progress to knockout semifinals.

“The playing group enjoy representing their countries and to see 18 of the world’s top 20 players commit to the event is testament to that. The event shows off the passion the playing group have for this format and we look forward to welcoming all 16 teams to Sydney.”

NSW Minister for Tourism Stuart Ayres said this was an exciting way to kick off the summer of sport for the new year and help reinvigorate the NSW visitor economy.

“It’s fantastic to have the ATP Cup back in Sydney. Events like these are essential as we help the tourism and major events sectors recover from the pandemic, driving overnight visitation and showcasing Sydney and NSW to a global television audience across more than 180 countries,” Ayres said.

“Every year Sydney sets up Australia’s annual sporting calendar. Along with the SCG Pink Test and Sydney Tennis Classic, the ATP Cup will set the national standard.”

NSW Minister for Sport Natalie Ward said the release of the draw will have Sydney tennis fans eagerly anticipating the competition ahead.

“With international tennis superstars set to descend on Sydney, today’s release of the ATP Cup draw will have fans counting down until the Group Stage starts on New Year’s Day,” Ward said.

“From the first point all the way through to the final, it’ll be terrific to see the world’s best tennis stars go head-to-head right here in Sydney for the title of ATP Cup champions.”