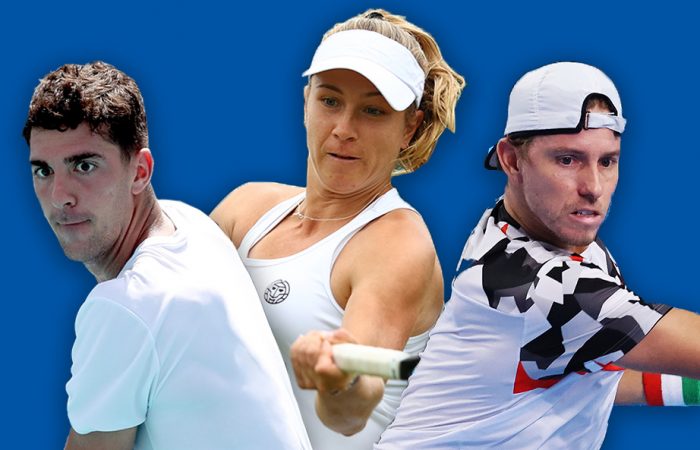 James Duckworth is at a new career-high of world No.51 in the latest ATP Tour men’s singles rankings. The 29-year-old rises one place after a second-round appearance in Moscow.

Thanasi Kokkinakis is back inside the Australian top 10, improving three places to world No.175. He replaces Marc Polmans, who drops 32 spots to world No.185.

Rinky Hijikata is at a new career-high this week, rising seven spots to world No.426. As is Li Tu, who improves 31 places to world No.650.

Ellen Perez returns to the world’s top 200 in the latest WTA Tour women’s singles rankings, rising two places to world No.199. The 26-year-old is one of eight Australian women currently in the top 200.

World No.1 Ash Barty leads the way. The 25-year-old has opted not to defend her WTA Finals title in coming weeks, revealing she is shutting down her career-best season to prepare for the Australian summer.

Rinky Hijikata is the biggest mover of the week, rising 135 places to a career-high world No.650 after claiming his first professional doubles title at an ITF tournament in Portugal.

Tristan Schoolkate is at a new career-high too, improving 18 spots to world No.593 after compiling a 6-2 win-loss record at ITF events in France in recent weeks.

Ivana Popovic is the biggest mover of the week, improving 27 places to a career-high world No.257. The 21-year-old has made back-to-back quarterfinals appearances at ITF tournaments in America over the past fortnight alongside fellow Aussie Abbie Myers, who rises 22 spots this week to world No.230.