Ajla Tomljanovic defeats world No.6 Garbine Muguruza in three sets to reach the third round at Indian Wells. 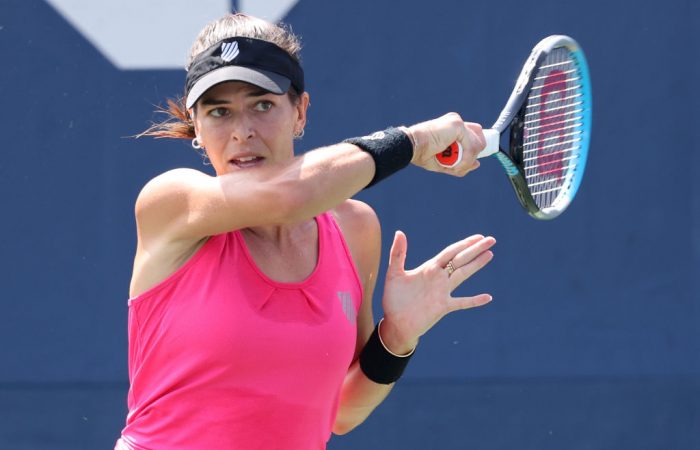 Ajla Tomljanovic has held her nerve against No.5 seed Garbine Muguruza to reach the third round at Indian Wells.

It marked a fourth top-10 win for the 28-year-old Tomljanovic, who reached a first Grand Slam quarterfinal at Wimbledon in July.

Muguruza arrived in the Californian desert after lifting a ninth WTA singles trophy in Chicago, but it was Tomljanovic who wrestled early momentum in the hard-fought win.

Tomljanovic claimed three breaks of serve – dropping her own service game once – in the 35-minute first set and maintained composure when Muguruza forced a third-set decider. She broke serve in the opening game of the third set and after exchanging service breaks, broke serve again to secure the match.

It marked Tomljanovic’s second win over Muguruza, but the first in four matches. The lone win was on the hard courts of Miami in 2014.

“I did try and focus on that one time that I beat her and channelled that energy,” said Tomljanovic, who set up a third-round encounter with No.26 seed Tamara Zidansek.

“I was really happy that I got through today.”

Astra Sharma’s winning run ended in the second round, with the Australian qualifier retiring early in the first set of her clash with No.20 seed Daria Kasatkina.

It was also a tough day for fellow Australian Alexei Popyrin, who fell to No.8 seed Hubert Hurkacz in straight sets.

While Popyrin saved 10 of 14 break points against the world No.12 Hurkacz, he could convert only one of the five break points he earned.

Hurkacz who claimed the biggest title of his career in Miami earlier this year, recorded his 6-1 7-5 win over Popyrin in 86 minutes.