Stosur and Zhang into US Open women’s doubles semifinals

Australian Sam Stosur has advanced to a US Open women's doubles semifinal for the sixth time in her stellar career. 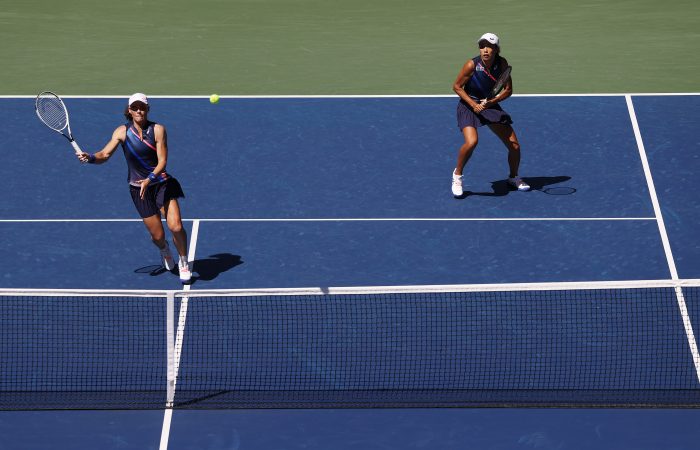 Sam Stosur and China’s Zhang Shuai have reached the women’s doubles semifinals at the US Open.

It matches their career-best result as a team in New York, having also advanced to the final four together in 2018.

The No.14 seeds progressed with a 6-2 6-3 victory against Australia’s Storm Sanders and American Caroline Dolehide in quarterfinal action today. They hit 24 winners and only faced a single break point against the No.10 seeds in the 81-minute match.

By making her sixth US Open women’s doubles semifinal, Stosur further cements her position as one of Australia’s most successful players in the Open era.

With 16 years between her first and current semifinal, Stosur has set a new Australian record for longest span between appearances.

While only one woman – Wendy Turnbull, who made seven US Open doubles semifinal appearances – has reached this stage more.

Stosur and Zhang, who were the Australian Open 2019 champions, will play either seventh-seeded duo Alexa Guarachi of Chile and American Desirae Krawczyk or Romanians Monica Niculescu and Elena-Gabriela Ruse in the semifinals.

The No.14-seeded Stosur and Zhang have not dropped a set yet this tournament and are currently on a nine-match winning streak, which includes claiming the Cincinnati title last month.

Currently ranked No.55 in doubles, Stosur is now projected to return to the world’s top 40 and overtake 27-year-old Sanders as Australia’s top-ranked woman.

There was mixed results today for Australians in the men’s doubles quarterfinals.