Four Australian players scored wins on day eight at the US Open, including Max Purcell in the quarterfinals of the mixed doubles competition. 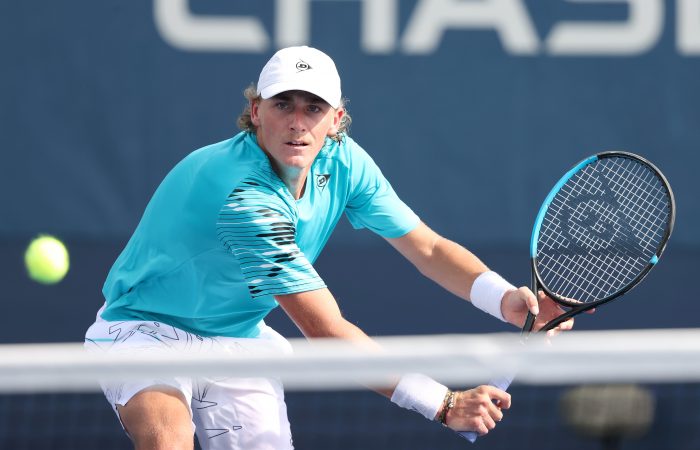 Australian Max Purcell and Ukrainain partner Dayana Yastremska are through to the US Open mixed doubles semifinals.

The duo, who were a late addition to the draw as alternates, advanced with a 6-2 6-3 victory over Kazakhstan’s Yaroslava Shvedova and France’s Fabrice Martin in quarterfinal action in New York today. It is their third straight-sets win of the tournament.

This is 23-year-old Purcell’s career-best Grand Slam result in mixed doubles, bettering a quarterfinal run at the Australian Open earlier this year.

Purcell was one of four Australian players to record wins on day eight of the US Open.

Sam Stosur and China’s Zhang Shuai have continued their dominant march through the women’s doubles draw. The Australian Open 2019 champions are yet to lose a set – and today eliminated third-seeded Japanese duo Shuko Aoyama and Ena Shibahara 7-5 7-5.

It propels 37-year-old Stosur into a women’s doubles quarterfinal in New York for the sixth time in her career, where she will face fellow Australian Storm Sanders and her American partner Caroline Dolehide.

Anastasia Rodionova and Arina Rodionova had been hoping to join them. However, their winning run ended with a third-round loss to 15th-seeded Czechs Marie Bouzkova and Lucie Hradecka.

In men’s doubles action, John Peers and Slovak partner Filip Polasek have advanced to the quarterfinals. They recorded a 4-6 6-3 6-4 victory against Dutch pair Wesley Koolhof and Jean-Julien Rojer today.

It is the fourth time that 33-year-old Peers has reached a men’s doubles quarterfinals in New York – and his best Grand Slam run in more than two years.

With Max Purcell and Matthew Ebden also through to the final eight, it is the first time since 2003 that three Australians have reached this stage in a US Open men’s doubles draw.

Meanwhile, Philip Sekulic made a winning start in the boys’ singles competition, overcoming Slovenian qualifier Sebastian Dominko 6-4 3-6 6-3 in the opening round.

It is the 18-year-old from Queensland’s first Grand Slam-level win and sets up a second-round clash with No.6 seed and recent Wimbledon boys’ finalist Victor Lilov.

However, Sekulic’s doubles campaign has ended with a heart-breaking loss. The Australian and Czech partner Jakub Mensik had three match points in a second set tiebreak against American Bruno Kuzuhara and Croatian Mili Poljicak, but their opponents fought back to record a 4-6 7-6(8) [10-5] victory.