There are six Australians scheduled to compete on day eight in New York, including Grand Slam champions John Peers and Sam Stosur. 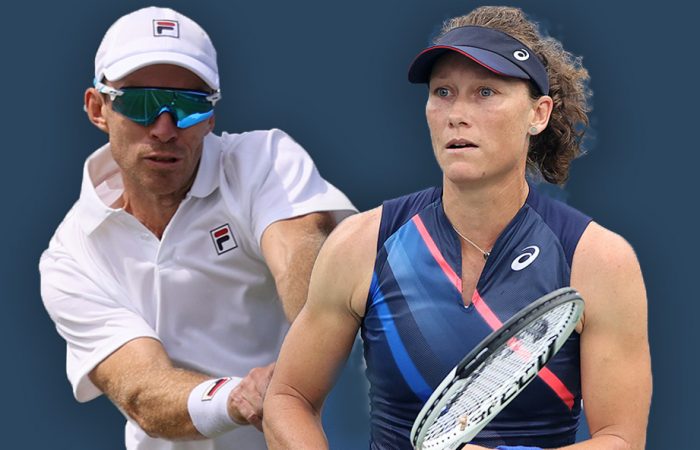 Experienced champions John Peers and Sam Stosur lead the Australian charge on day eight at the US Open championships, with both competing in third-round doubles matches.

The junior competition is also beginning in New York, which sees promising Queensland talent Philip Sekulic make his tournament debut in both singles and doubles.

Aussies in action on day eight:

[14] Sam Stosur (AUS)/Zhang Shuai (CHN) v [3] Shuko Aoyama (JPN)/Ena Shibahara (JPN)
Women’s doubles, third round, Court 17, first match (from 1am AEST)
Stosur and Zhang, the Australian Open 2019 champions, are on a seven-match winning streak and yet to lose a set at this year’s US Open. However, their third-round opponents have plenty of positive momentum too. Third seeds Aoyama and Shibahara, who are tied at world No.9 in the rankings, have claimed five titles together so far this season – including in Cleveland last week. This is 37-year-old Stosur’s eighth career appearance in the third round of a US Open doubles draw and the world No.55 is aiming to progress to a sixth quarterfinal.

[8] John Peers (AUS)/Filip Polasek (SVK) v [10] Wesley Koolhof (NED)/Jean-Julien Rojer (NED)
Men’s doubles, third round, Court 17, fourth match
Enjoying his best US Open run in four years, world No.25 Peers is hoping to advance to his fourth career quarterfinal in New York. The 33-year-old Australian, who is unbeaten in third-round matches at the tournament, and world No.14-ranked Slovak partner Polasek did not lose a set in their opening two rounds. However, the No.8 seeds now face their biggest test yet against a Dutch pair. The 32-year-old Koolhof is ranked No.16 and was a US Open finalist last year, while 40-year-old Rojer was the US Open doubles champion in 2017 and a semifinalist last year.

[Alt] Dayana Yastremska (UKR)/Max Purcell (AUS) v Yaroslava Shvedova (KAZ)/Fabrice Martin (FRA)
Mixed doubles, quarterfinals, Court 5, fifth match
Purcell has advanced to a Grand Slam mixed doubles quarterfinal for the second time in his career – and the 23-year-old has done so in style, scoring two straight-sets wins alongside 21-year-old Ukrainian Yastremska. The fearless duo, who are playing together for the first time, are now eyeing a first semifinal. The 33-year-old Shvedova, a US Open 2015 women’s doubles finalist with Australia’s Casey Dellacqua, is contesting her third US Open mixed doubles quarterfinal. While 34-year-old Martin, who is ranked No.37, has matched his career-best mixed doubles result.

Anastasia Rodionova (AUS)/Arina Rodionova (AUS) v [15] Marie Bouzkova (CZE)/Lucie Hradecka (CZE)
Women’s doubles, third round, Court 17, fifth match
This is the first time that 31-year-old Arina Rodionova has advanced to the third round in a US Open doubles draw, while 39-year-old Anastasia Rodionova last reached this stage in New York in 2014. The Australian sisters, who are competing at a Grand Slam tournament together for the first time since 2017, play the No.15 seeds for a place in the quarterfinals. The Czech duo have won two titles together this season. The Rodionovas are aiming to reach their second major quarterfinal together and match their Australian Open 2016 run.

Philip Sekulic (AUS) v [Q] Sebastian Dominko (SLO)
Boys’ singles, first round, Court 10, first match (from 1am AEST)
Sekulic is carrying Australian hopes in the boys’ singles competition – and for the first Grand Slam tournament this season, has avoided a seeded opponent in the opening round. The 18-year-old from Queensland is currently ranked No.55 in the world junior rankings and has spent the past four months competing in Europe. Since Wimbledon, Sekulic has won 12 of his past 14 matches. This includes title-winning runs at tournanments in Poland and Hungary. He makes his US Open debut against qualifier Dominko, an 18-year-old from Slovenia ranked No.68. This is their first career meeting.

Philip Sekulic (AUS)/Jakub Mensik (CZE) v Bruno Kuzuhara (USA)/Mili Poljicak (CRO)
Boys’ doubles, first round, Court 13, fourth match
Sekulic is partnering Mensik, a 16-year-old Czech ranked No.47 and making his Grand Slam debut, in the boys’ doubles competition. It is their first time playing together. They face Kuzuhara, a 17-year-old American ranked No.6, and Poljicak, a 17-year-old Croatian ranked No.37, in the opening round. Sekulic has a 6-10 season win-loss record in doubles and is aiming to score his first Grand Slam-level victory.

HOW TO WATCH: The US Open 2021 tournament is broadcast on Foxtel and Kayo Sports in Australia, with SBS broadcasting singles quarterfinal matches on free-to-air television from Wednesday 8 September.