Kyrgios knocked out in US Open opening round

Australian Nick Kyrgios has lost his first-round match at the US Open to No.18-seeded Spaniard Roberto Bautista Agut. 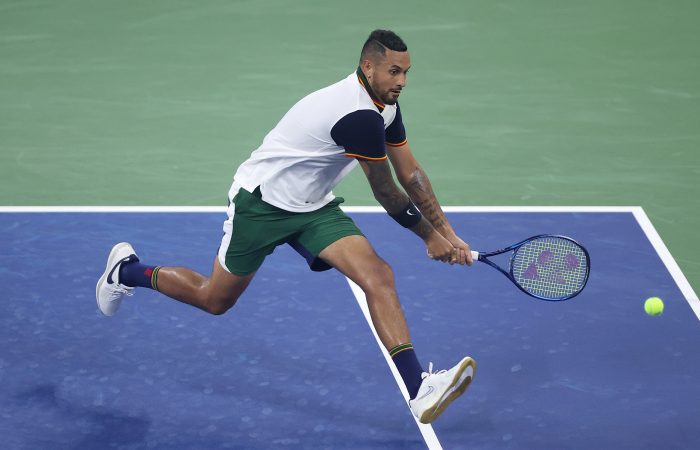 Nick Kyrgios’ US Open 2021 campaign is over.

World No.21 Roberto Bautista Agut proved too solid for the 26-year-old Australian, winning their first-round clash 6-3 6-4 6-0 in New York today.

Hitting 33 winners and making only 14 unforced errors, the 33-year-old Spaniard’s relentless pressure made it difficult for Kyrgios to build any momentum in a Louis Armstrong Stadium night session match that finished after midnight local time.

The world No.86’s inconsistency also hurt his chances, with Kyrgios’ 37 winners counteracted by 36 unforced errors in the one-hour and 48-minute match.

It is the seventh first-round exit at a Grand Slam tournament of Kyrgios’ career – but only his second in the past four years.

Earlier today, Alexei Popyrin scored a four-set win against Moldova’s Radu Albot. It was an impressive performance from the 22-year-old Australian, who did not lose a service game throughout the match.

> READ: Popyrin powers into second round

It proved a tough opening day of the tournament for the other Australians in action.