Australians set to shine at Paralympics

Debutante Martyn Dunn and history-making Ben Weekes will both be in action as the Paralympic tennis event begins today in Tokyo. 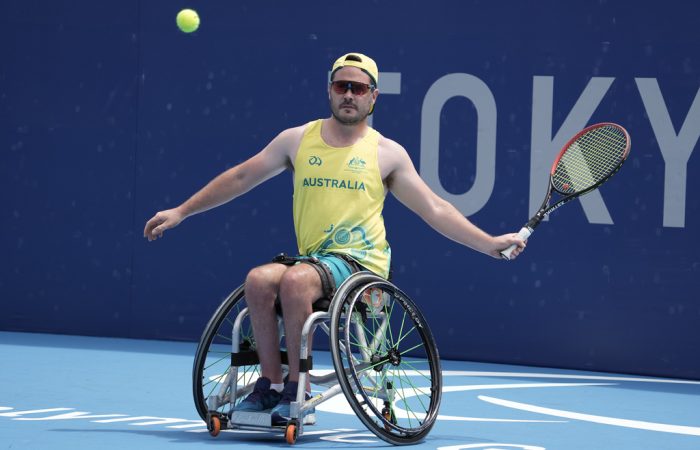 The combination of youth and experience couldn’t be stronger as the Paralympics tennis event begins in Tokyo today.

Martyn Dunn will make his long-awaited debut in the green and gold, while Ben Weekes will become the first wheelchair tennis player to represent Australia in five Paralympics.

Both describe the opportunity to compete in Tokyo, where the Australian tennis team includes Dylan Alcott and Heath Davidson in the quad wheelchair singles and doubles events, as career highlights.

Dunn explains how competing in the Paralympics became his major goal after taking up wheelchair tennis after suffering a spinal cord injury in a motorcycle accident in November 2015.

“I didn’t really know where my life would go,” the 28-year-old related of his life-changing introduction to the sport. “To make the Paralympics is just amazing. It’s been a major goal over the past five years of me playing wheelchair tennis.”

Weekes, who was inspired to take up the sport after watching former world No.1 Australian David Hall win gold at the Sydney Paralympics in 2000, is delighted that the event has become so central to his career.

“In this country we have such a great history, so I’m honoured to kind of continue that tradition,” said the Sydneysider.

“To me, the Paralympics is like the highest achievement you can achieve in our sport. This opportunity only comes around every four – sometimes five – years.”

Weekes, 36, showed impressive form ahead of his Tokyo campaign, winning back-to-back titles in Austria and Croatia to return to world No.34 in the rankings.

“It’s incredible, he’s coming back from a really good European tour,” said Dunn, who will partner Weekes in the doubles event in Tokyo. “I was with him while he was there, where he won a couple of tournaments.”

The Australian men will each kick off their singles campaigns on Court 6 at Arieke Tennis Park today, Dunn opening against Argentina’s Ezequiel Casco before Weekes meets Israeli Adam Berdichevsky.

Play begins at 11am Tokyo, which is 12pm in Australia.

5⃣ Paralympic Games for Ben Weekes, what an achievement 👏