In our 'Serving Inspiration' series, Ben Weekes reflects on the challenges of playing wheelchair tennis and what inspires him. 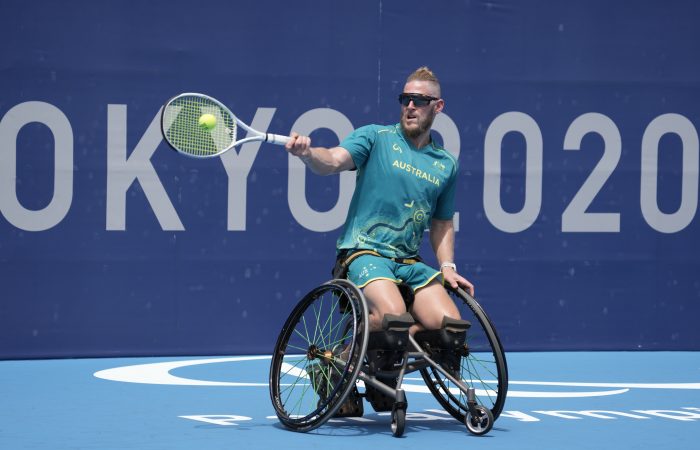 In our ‘Serving Inspiration’ series, some of Australia’s top-ranked players reveal their biggest influences and reflect on how they hope to inspire others.

The 36-year-old from Sydney, who achieved a top-10 singles ranking in 2007, is currently ranked No.32. He has won 25 professional singles titles in his career, including two so far this season.

As he targets winning a first Paralympic Games medal, Weekes is equally appreciative of the opportunity to inspire others through his perseverance and exemplary work ethic. Weekes, who became an incomplete paraplegic when a blood clot formed in his spine when he was 13, hopes to set an example to others that no dream is too big …

My brothers and I used to hang up a bit of pipe (which acted as a net) in our backyard and we’d hit every day after school. My love for tennis came from that.

Who inspired you to play wheelchair tennis?

When I first started playing wheelchair tennis, I actually hated it. It was so frustrating to not have that movement down. It took me quite a few years to master that and really start enjoying the game again. I was lucky enough at around that time we hosted the 2000 Paralympic Games in Sydney, so I was able to see the best players in the world competing. Australia’s David Hall won the gold medal there and he inspired me to pursue tennis as a career for myself.

5⃣ Paralympic Games for Ben Weekes, what an achievement 👏

What role has David Hall played in your career?

He took me under his wings and mentored me. The first few years of my career we were on the road together and bunking together at tournaments. It was a great insight into the professional level you need to be at, to be at the top of the game.

You mentioned you initially hated wheelchair tennis. Why did you persevere?

I’ve always loved tennis, even as a kid before my injury. I wanted to play because it meant I could be outside and it would open so many opportunities for me to travel overseas, play tournaments and do something that I love as a job. It’s definitely been worth persevering with it.

What advice would you give to a young player wanting to pursue wheelchair tennis as a career?

Just keep having a crack. It’s probably one of the harder wheelchair sports to get into, just because that skill level that you need at the beginning to get the rallies going and maintain a point is quite difficult, but Tennis Australia has now developed so many good pathways for junior players to come through. My advice would be to jump into one of those programs and they’ll guide you.

How do you hope you can inspire others?

I would hope that they see the effort that I’m putting in and enjoy the shots. For me, that is what I like to hear when fans or other players, not just wheelchair players, watch. I love when people say ‘they have actually got a really good forehand or backhand’, not just ‘it’s amazing they can play in a wheelchair’. They can take that part out of it and appreciate a massive serve or an amazing backhand. 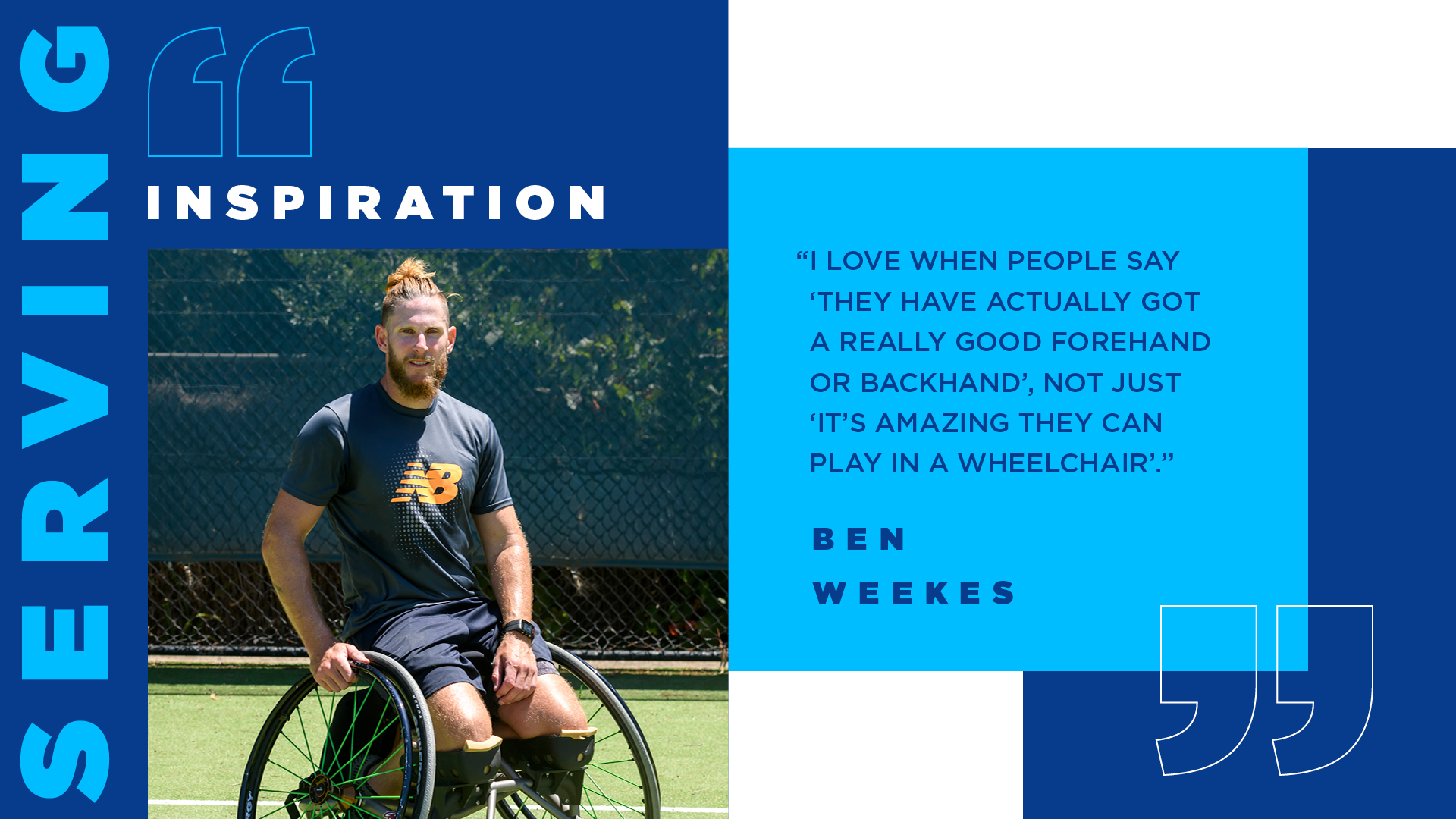