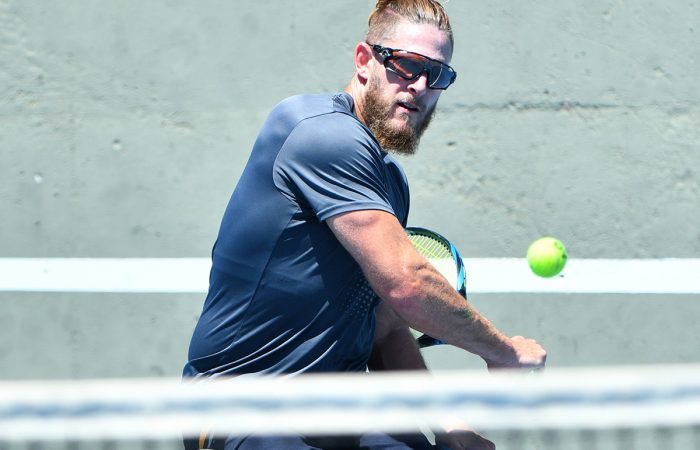 Weekes, the top-ranked Australian player in the men’s wheelchair division, is hoping to compete at his fifth Paralympic Games in Tokyo in August.

The 36-year-old from New South Wales won the Leibnitz Wheelchair Tennis Open in Austria, then continued his impressive form to claim the Sirius Open title in Croatia last week.

They are the first tour-level titles Weekes has won on clay since 2005.

“(It) was great to win back-to-back titles over here in Austria and Croatia,” said Weekes, who was unable to travel and compete internationally last year due to the COVID-19 pandemic.

“I feel so grateful to be able to get to play some matches again, so in the tight moments I used that as my motivation. We had a big training block in the lead-up to this trip and it is great to see that work we have done coming out in competition.”

These performances have boosted Weekes’ ranking, rising eight places this week to world No.34.

“These were the last qualification tournaments before the Tokyo entry cut-off, so was great to get a lot of matches and work on my game in preparation for hopefully being part of the team,” said Weekes, who was inspired to play wheelchair tennis after watching Australia’s David Hall win a gold medal at the 2000 Paralympic Games in Sydney.

The Australian Paralympics Team for Tokyo will be officially announced in coming weeks.

Weekes is competing at the Zagreb Open in Croatia this week and is through to the quarterfinals, extending his current winning streak to 11 matches.

His season record stands at 20 wins from 26 matches.