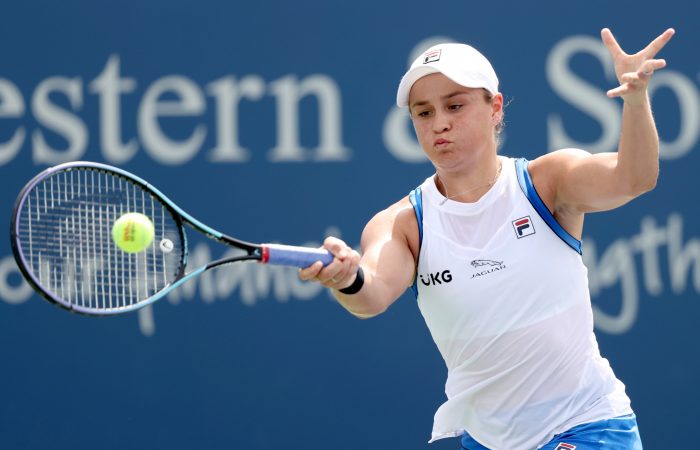 The top-seeded Australian won the opening 10 games of the match, leaving world No.13 Azarenka shell-shocked.

It was a near-perfect performance from Barty, who fired six aces and lost only four points in total on her first serve in the 71-minute match.

“I felt like I was able to control my service games quite well, and win a lot of free points on my first serve, which was key,” said Barty.

“Then I could build pressure on Vika’s serve. When I’m able to look after my own games, it gives me freedom to play more aggressively on her service games, and I felt I had a really good balance with that today.”

It is the first time in 14 years that Azarenka, a former world No.1 and two-time Australian Open champion, has won less than three games in a match.

“Vika has this way of bringing out the very best of me,” said Barty.

“I’ve enjoyed playing on the same side as her in doubles. We’ve had success in doubles, we’re great mates and have a lot of respect for one another. That means we always have very good battles.”

Barty’s dominant performance moves her into a quarterfinal meeting with world No.10 Barbora Krejcikova. She defeated the reigning Roland Garros champion in the fourth round during her title-winning run at Wimbledon last month.

It has been a great day for Australian players in Cincinnati, with two more advancing to doubles quarterfinals.

De Minaur is the defending champion in the men’s doubles competition, having claimed the 2020 title with Spaniard Pablo Carreno Busta.