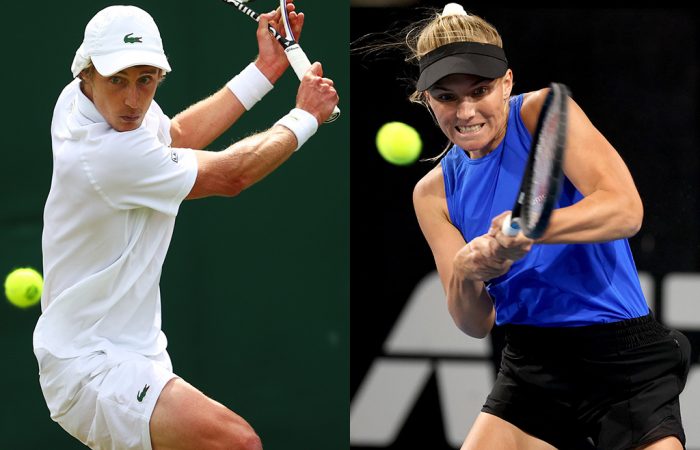 Marc Polmans has made a winning start at an ATP 250 tournament in Gstaad, overcoming local qualifier Sandro Ehrat in straight sets.

The 24-year-old Australian’s 7-5 6-3 victory is his fifth career win at tour-level and sets up a second-round meeting with world No.19 Cristian Garin.

It is a rematch of their Wimbledon second-round clash a month ago, which Garin won in four tight sets. World No.147 Polmans has plenty to play for against the fourth-seeded Garin, hoping to advance to his maiden ATP Tour-level quarterfinal and also score a first top-20 win.

Maddison Inglis has scored her first tour-level main draw win on clay to advance to the second round at a WTA 250 tournament in Palermo.

The 23-year-old Australian recorded a 6-2 6-3 victory against Italian Giulia Gatto-Monticone. It marks only the third time in her career that world No.142-ranked Inglis has progressed to the second round at a WTA Tour event.

Inglis plays either top-seeded American Danielle Collins or German qualifier Katharina Gerlach in the second round.