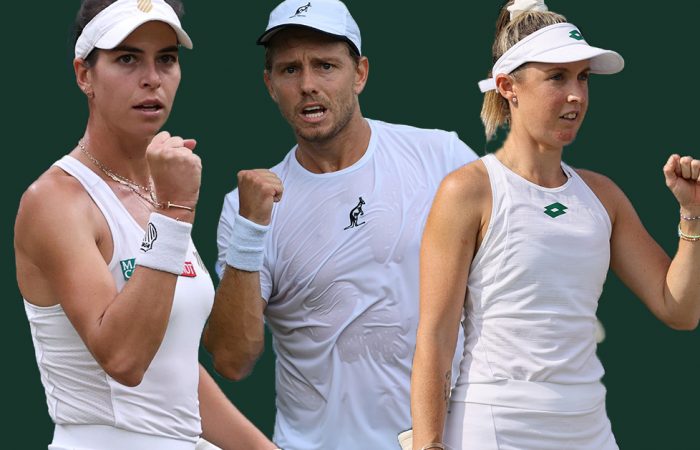 With her sensational Wimbledon victory, Ash Barty has extended her lead atop of the WTA Tour singles rankings. The 25-year-old Australian is now 2,299 points clear of second-placed Naomi Osaka.

Ajla Tomljanovic is the biggest mover this week, rising 24 places to world No.51 after reaching her first Grand Slam quarterfinal.

Storm Sanders moves into the No.5 Australian position after making the final qualifying round at Wimbledon, improving six spots to a career-high No.141. While Ellen Perez jumps up 22 places after qualifying at Wimbledon, then continuing her good form to make an ITF final in Portugal last week.

A career-best third-round run at Wimbledon has propelled James Duckworth up 15 places to world No.76 in the latest ATP Tour men’s singles rankings. The 29-year-old is just shy of his career-high ranking of No.71 set in February 2020.

Jordan Thompson also improves seven spots to world No.71 after advancing to the third round at Wimbledon, while Marc Polmans rises 11 places to world No.143 after reaching the second round as a qualifier.

After advancing to the Wimbledon semifinals, Storm Sanders is the biggest mover in the latest WTA doubles rankings. The 26-year-old rises 18 places to a career-high of No.41.

Max Purcell is the biggest mover, rising two places to world No.41 after reaching the Wimbledon third round alongside fellow Aussie Luke Saville.