Australia’s James Duckworth has advanced to the second round in the gentlemen's singles draw at Wimbledon 2021. 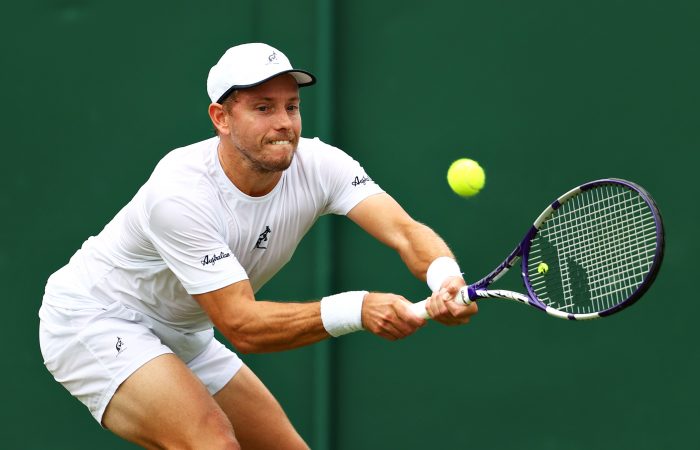 The world No.91 scored a 6-4 6-4 6-1 victory against Moldova’s Radu Albot in first-round action at the All England Club today.

Albot, a 31-year-old ranked No.93, had won his only previous match against Duckworth. However it was the Australian who dominated their meeting at Court 8, with Duckworth hitting 29 winners in the two-hour victory.

It is the 29-year-old’s third Grand Slam match win of the year, marking his best-ever result in a single season.

Today’s victory also equals Duckworth’s career-best result at Wimbledon, having also advanced to the second round in 2015.

Duckworth, who has a 0-7 career win-loss record in second-round matches at major tournaments, will play American Sam Querrey in the next round. The three-time Wimbledon quarterfinalist eliminated No.11 seed Pablo Carreno Busta in the opening round.