Australia's Ash Barty is through to the third round at a WTA 1000 tournament in Rome. 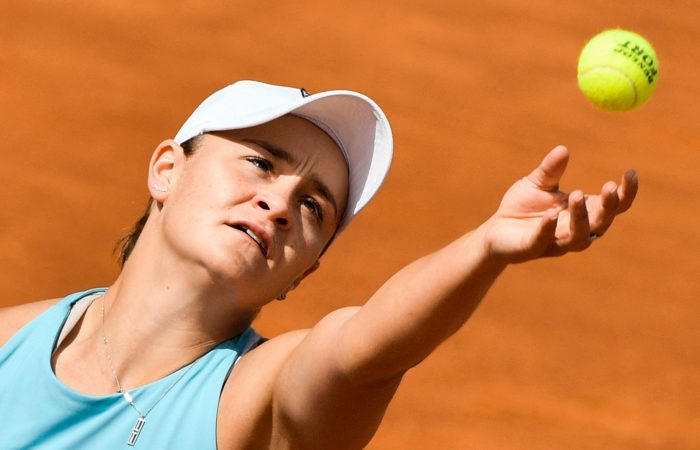 Ash Barty has matched her career-best result at the Italian Open by advancing to the third round.

The world No.1 scored a straight-sets win against Kazahkstan’s Yaroslava Shvedova, recovering from a slow start to record victory in 78 minutes.

“Room to improve without a doubt, but overall I’m happy to get through and get another opportunity tomorrow to work on a few things,” Barty said after posting a 6-4 6-1 win.

“I feel like I’m really getting myself into the tournament here in Rome. I think it’s such a beautiful, iconic event and I’m really excited now that I get another opportunity tomorrow.”

In-form Russian Veronika Kudermetova is Barty’s next opponent. The 24-year-old has been quickly climbing the rankings this season, rising to a career-high No.28 this week. This will be their first career meeting.

John Millman’s tournament is also over, beaten by world No.9 and local hope Matteo Berrettini in straight sets.

It was a tough day too for Aussies in doubles action. Ellen Perez and Chinese partner Zheng Saisai were beaten in the second round, while Alex de Minaur and German Jan-Lennard Struff lost to the reigning Australian Open champions.

Aussie combination Max Purcell and Luke Saville couldn’t capitalise on a 6-3 match tiebreak lead, losing the final seven points of the match in their showdown with Brits Andy Murray and Liam Broady.