Tomljanovic serves up win in Madrid

Ajla Tomljanovic has began her quest to qualify for a WTA 1000 tournament in Madrid in style. 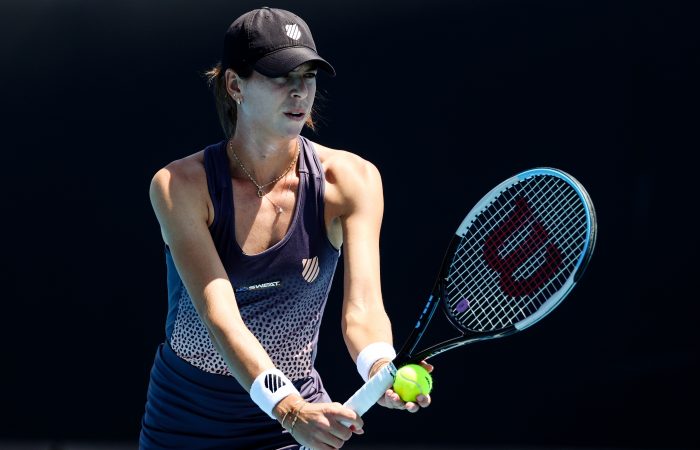 Australia’s Ajla Tomljanovic is one step closer to qualifying for a WTA 1000 tournament in Madrid.

Tomljanovic, the No.17 seed in the qualifying draw, scored a comprehensive 6-4 6-1 victory against German Mona Barthel in the opening round.

Needing only 67 minutes to secure the win, Tomljanovic saved four of the five break points she faced.

The 27-year-old now faces China’s Wang Xiyu in the final qualifying round. The world No.136 upset fourth-seeded Frenchwoman Alize Cornet in three sets.

Tomljanovic is aiming to join countrywoman Ash Barty in the main draw. The world No.1 plays American Shelby Rogers in the first round – their fourth meeting so far this season.

Aussie duo John Peers and Luke Saville are through to the quarterfinals at an ATP 250 tournament in Munich.

The No.2 seeds recorded a 6-3 6-4 win against Finnish combination Harri Heliovaara and Emil Ruusuvouri in the opening round.