Millman battles past Popyrin in Munich 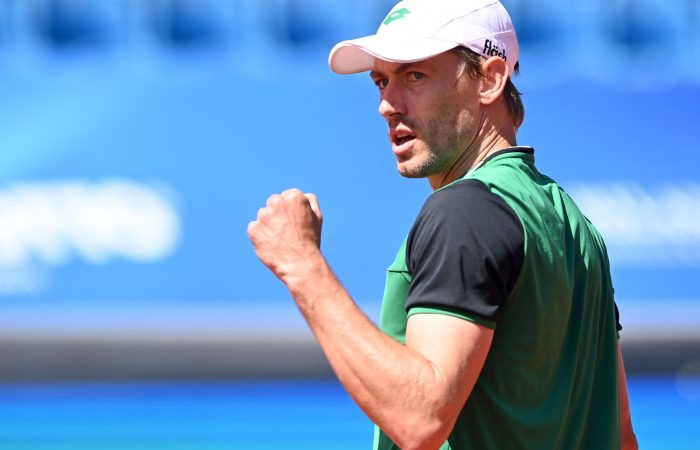 Experience proved telling in an all-Australian showdown in Munich, with John Millman surviving a challenge from younger peer Alexei Popyrin in an almost three-hour battle.

Little separated the pair, with Millman winning 132 points to Popyrin’s 129. Both were solid on service too, with Millman saving 14 break points and Popyrin saving 13.

The 21-year-old Popyrin showed his fighting spirit to save three match points late in the third set, but Millman eventually closed out a hard-fought win.

It snaps a four-match losing streak against fellow Australians for Millman, a streak stretching back to April 2019.

While for Popyrin, it marks the first time this season he has lost in the opening round of a tournament.

Millman, who returned to the world’s top 40 this week, will face Argentine Guido Pella in the second round.

Local qualifier Nuno Borges has beaten Australia’s Jordan Thompson in the opening round of an ATP 250 tournament in Portugal.

Australia’s Ajla Tomljanovic begins her bid to qualify for the WTA 1000 tournament in Madrid this evening.

The No.17 seed has been pitted against Germany’s Mona Barthel in the first round. Tomljanovic needs to win two matches to secure a main draw spot.