After winning her 11th career WTA singles title, Ash Barty has consolidated her position as world No.1. 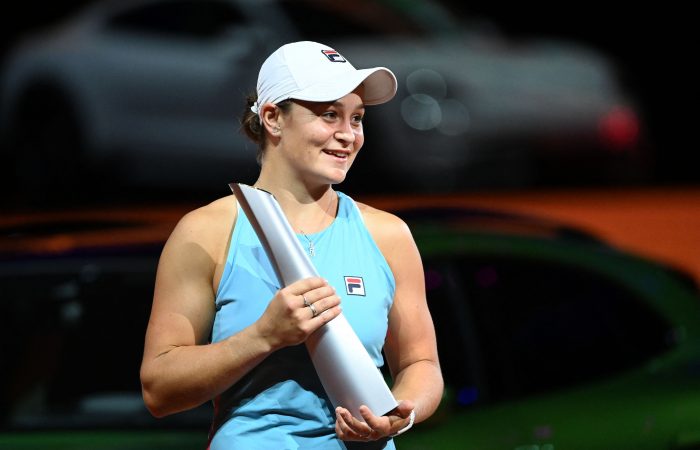 Ash Barty has extended her lead atop of the WTA Tour singles rankings.

After winning her third singles title of the season in Stuttgart, Barty now has an 1865-point lead over No.2-ranked Naomi Osaka.

Barty is spending her 73rd week on top of the WTA rankings, which places her ninth of the list of all-time longest-serving No.1s.

Alexei Popyrin is at a new career-high in the latest ATP Tour men’s singles rankings. The 21-year-old improves two spots to world No.77 after advancing to the second round in Belgrade last week.

John Millman is back inside the world’s top 40, improving three places after also reaching the second round in Belgrade.

Ash Barty has improved six places in the latest WTA doubles rankings. After winning her 12th career WTA doubles title in Stuttgart, the 25-year-old returns to the world’s top 20.

> AUSSIES IN ACTION: Millman to play Popyrin in Munich