World No.1 Ash Barty has made a winning return on European red clay at a WTA 500 tournament in Germany. 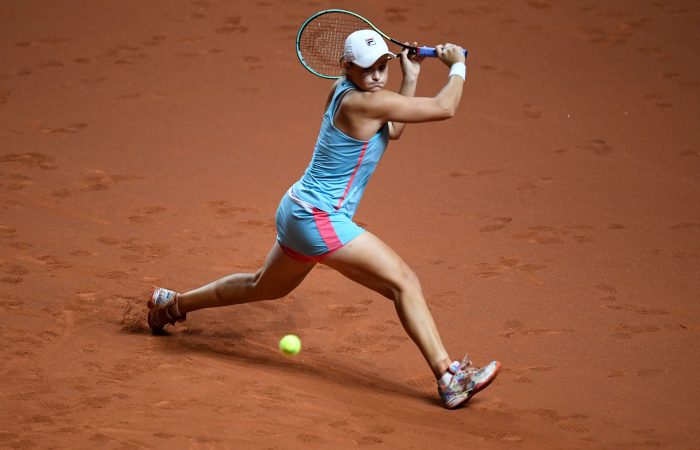 Ash Barty has made a smooth return to European red clay, defeating the dangerous Laura Siegemund at a WTA 500 tournament in Stuttgart.

Siegemund is a former champion at the event and was a Roland Garros quarterfinalist last year, however Barty showed her class in a 6-0 7-5 victory.

“I felt like I had to really find some good stuff … even though at times it was a little bit scrappy,” Barty said.

“Whoever I play next, either way, I’ll come out here and try and bring the match on my terms – but do it with a smile on my face again,” Barty said.

Alex de Minaur has set-up a third-round showdown with No.2 seed Stefanos Tsitsipas at an ATP 500 tournament in Barcelona.

The 22-year-old Aussie scored a 7-6(3) 6-2 win against Kazahkstan’s Alexander Bublik in second-round action.

🎾🔚 Demon wins😈 @alexdeminaur 🇦🇺 beats Alexander Bublik 🇰🇿 in straight sets and will play against @steftsitsipas 🇬🇷 in the next round (7-6(3), 6-2)🔥 #BCNOpenBS #ATP #ATPTour pic.twitter.com/dieua7P8V2

Fellow Aussie Jordan Thompson’s tournament is over though, with sixth seed Pablo Carreno Busta proving too strong in their clash.

John Millman and John-Patrick Smith are through to the doubles quarterfinals at an ATP 250 tournament in Belgrade, combining to defeat Brazilian Marcelo Demoliner and Mexican Santiago Gonzalez in straight sets.