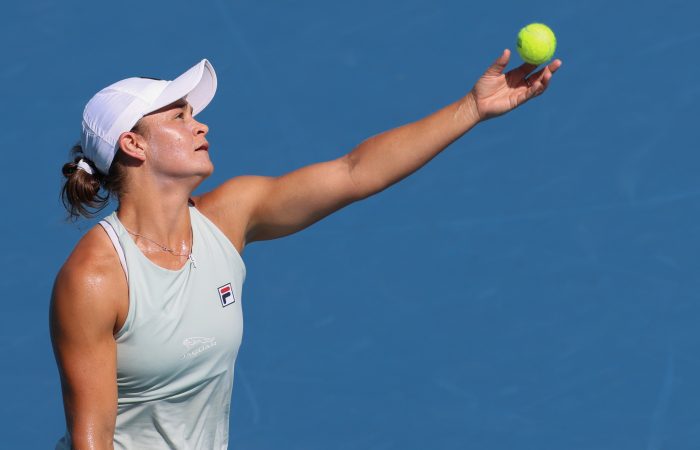 Australia’s Ash Barty has survived a test against former world No.1 Victoria Azarenka to advance to the Miami Open quarterfinals.

Barty, the defending champion, scored a 6-1 1-6 6-2 victory against Azarenka to extend her winning streak in Miami to nine matches.

Barty started strongly, striking 10 winners in a dominant opening set. She couldn’t maintain this momentum though, hitting only two winners and committing 11 unforced errors in the second set.

“Playing against Vika you have to be ready right from the first point,” said Barty. “I felt like I did that well in the first set and she gave me a few cheap errors. Then through the second she lifted her intensity. I probably wasn’t sharp enough in those first couple of games to be able to go with her, particularly with new balls. When Vika is ahead and she’s a front runner, she’s the very best in the world.”

Games went on serve early in the deciding set, before Barty reeled off the final four games to seal victory after one hour and 52 minutes on court.

“The first two sets probably had some pretty big momentum swings, but I think the third set was a real tussle,” Barty said.

“It’s just about staying in the fight. It’s about not relenting, not giving up, regardless of whether you lose a set or you’re down a break, whatever it might be.”

It is Barty’s second career win against her former doubles partner, who she reached the US Open final with in 2019.

World No.8 Aryna Sabalenka awaits in the quarterfinals. Like Barty, Sabalenka saved match points in her second-round victory earlier this tournament.

Sabalenka has a 3-2 career win-loss record against the 24-year-old Australian.