Contrasting exits for Aussies in Dubai 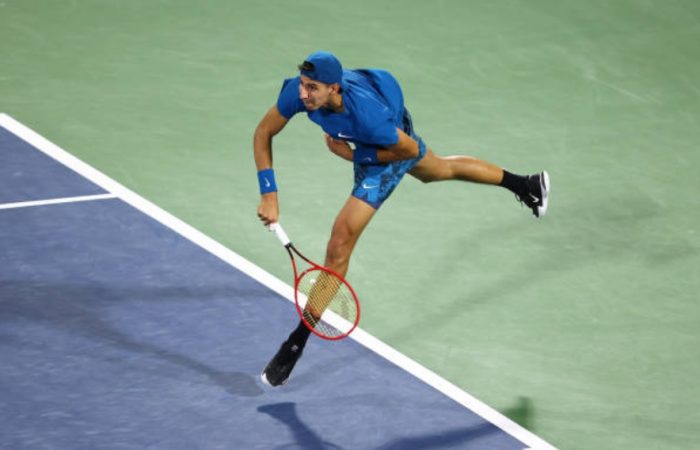 Alexei Popyrin fired 18 aces and lost serve only once in his second-round match at an ATP 500 tournament in Dubai, but it wasn’t enough to overcome world No.22 Karen Khachanov.

Matt Ebden lasted only 26 minutes in his match against fourth seed Roberto Bautista Agut before retiring with a right thigh injury. The world No.11 Spaniard was ahead 4-1 at the time.

The results leave Australia with no representatives left in the Dubai men’s singles draw.

Popyrin now turns his attention to next week’s ATP 1000 event in Miami, while Ebden has entered an ATP Challenger in Lugano.

Luke Saville and John-Patrick Smith have continued their winning run at an ATP 500 tournament in Acapulco.

The Aussie combination scored their third win of the tournament, defeating German brothers Alexander and Mischa Zverev in straight sets.