Hampered by a leg injury, Matt Ebden retires in his Marseille semifinal against Daniil Medvedev. 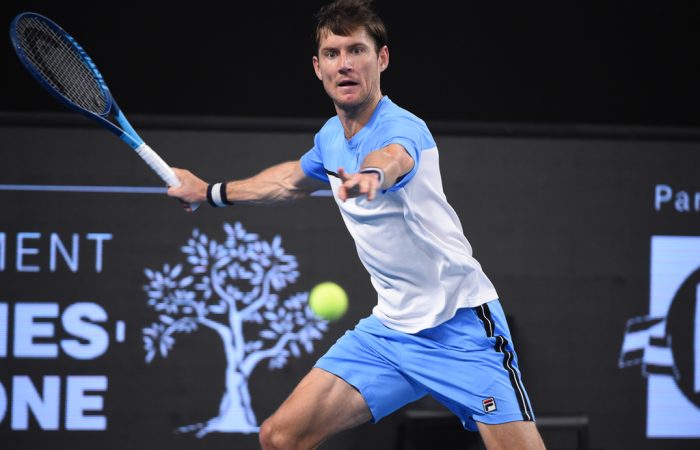 Matt Ebden’s impressive run at the Open 13 Provence is over, the Australian forced to retire against Daniil Medvedev in the semifinal.

Medvedev, the top seed in Marseille, was leading in 6-4 3-0 when a leg injury forced Ebden’s withdrawal after 58 minutes.

“Before this [injury], it was a close match. He was getting close to breaking me at 0/40 [in the first set], so really unfortunate to end the match like this. I knew that even with an injury I had to just continue playing, trying to win,” the Russian commented.

“So I am really sorry for him, hopefully he can recover fast and it’s nothing serious.”

There was just one break of serve in the 40-minute first set, Medvedev edging ahead in the 10th game.

The Australian left the court for medical treatment immediately afterwards and was clearly impeded before his retirement.

Progressing to the final four from qualifying, the world no.287 Ebden was the lowest-ranked semifinaist in the history of the Marseille tournament.

Partnered by countryman Matt Reid, Ebden was also a semifinalist in doubles.

The Australians exited to  Lloyd Grasspool and Harri Heliovaara, from Great Britain and Finland respectively.

Ebden now travels to Dubai, where he receives a first-round “performance bye” on the back of his Marseille progress.