Alexei Popyrin triumphs in an all-Aussie encounter with Matt Ebden to progress to a first ATP level semifinal in Singapore. 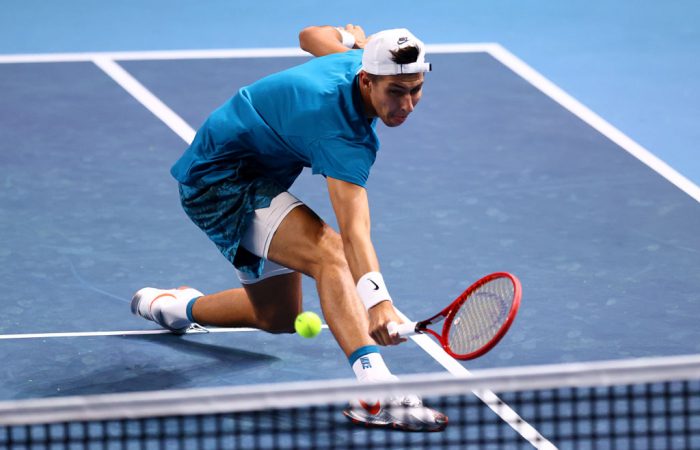 Alexei Popyrin has secured a first ATP-level semifinal appearance with a win over fellow Australian Matt Ebden at the Singapore Tennis Open.

The world No.114 Popyrin was contesting his second quarterfinal at that level, matching his best tournament result from Atlanta in 2019.

The #SingaporeTennisOpen semi-finals are set! 💥

Popyrin’s second career win over Ebden – he claimed his other win at Basel in 2018 – was helped by a stellar serving display.

The younger Australian hit 14 aces, recorded only two double faults and did not face a break point until the second set tiebreak.

Highlighting the quality of their encounter, Popryin secured the only break of serve in the 10th game to claim the first-set advantage before securing victory on his second match point.

Ebden, a wildcard recipient into the ATP 250 tournament, was aiming to make a fourth career semifinal at ATP level.

There was progress in doubles for Ebden, who combined with John-Patrick Smith to defeat Robert Galloway and Alex Lawson 6-4 3-6 [10-5] in their doubles quarterfinal.

The Australian duo now faces Luis Martinez and David Vega Hernandez, from Venezuela and Spain respectively, in the semifinal.