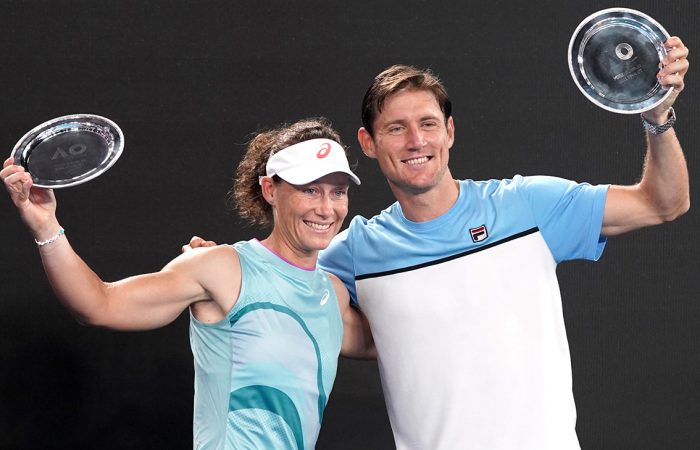 The Aussies made a nervous start and quickly found themselves down 0-4 after 14 minutes. Ram and Krejcikova had all the momentum and took the opening set in 22 minutes.

A patriotic crowd was in full voice, willing Stosur and Ebden into the match.

Games went on serve early in the second set, with the Aussie pairing showing some of the exceptional play that helped them defeat a run of quality opponents in their first tournament together.

There was no denting Ram and Krejickova’s confidence though, breaking Ebden’s serve in the 10th game to seal victory in 59 minutes.

“Not our best match, but they were pretty flawless. They hardly missed a ball,” Ebden conceded.

There are still many positives for Stosur and Ebden to take from the tournament, with both showing promising form in their return from extended breaks in 2020.

“We couldn’t quite get it done tonight, but I had so much fun this week,” Stosur said.

The 36-year-old Stosur has revealed retirement is not in her immediate plans, while 33-year-old Ebden is looking forward to a full-time return to the tour this year.