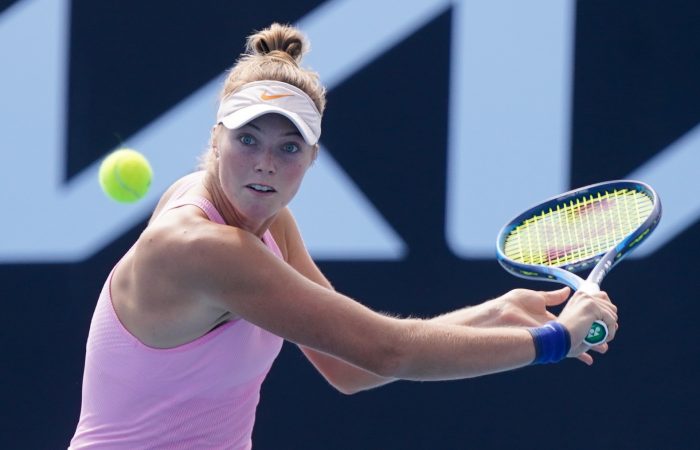 A first top-100 win is a major milestone in any player’s career – and Olivia Gadecki has made sure hers will be unforgettable.

The 18-year-old from Queensland, who currently does not have a ranking, defeated world No.4 Sofia Kenin in the second round of the Phillip Island Trophy at Melbourne Park today.

“All I know is that I’m not ranked, and I just beat the No.4 in the world – which is crazy,” a beaming Gadecki said after the match.

The teenager showed nerves of steel against the two-time major finalist, saving 14 of the 17 break points she faced in the two-hour and 28-minute match.

“After that first set I was still trying to find my feet, find my way in the match. But then, I don’t know, something kind of clicked at 3-2. I was like, you know what, I have nothing to lose here, I’m just going to go out here and have a good swing,” Gadecki explained of how her mindset changed in the second set.

It is only the second time Gadecki has faced a top-100 opponent in her young career – and her stunning victory now also counts as her first top-50, top-10 and top-five win.

“As soon as that match was finished, I was so happy that I even started crying,” Gadecki said. “I’ve never felt this way before.”

World No.1 Ash Barty was courtside supporting her follow Queenslander.

“I’ve been very fortunate enough to have Ash training in Brisbane and she gave me the opportunity to do her preseason, and also my preseason, with her,” Gadecki explained of their friendship. “I wouldn’t have been able to do what I did today without all her help, her time and effort. I’m really, really thankful for all she’s done for me.”

Gadecki now plays either Belgian Greet Minnen or No.16-seeded Swede Rebecca Peterson in the third round.